UN: Plastic waste pact approved with US among few holdouts

GENEVA – United Nations officials say nearly all of the world’s countries have agreed on a deal to better manage plastic waste, with the United States a notable exception.

A “legally binding framework” that affects thousands of types of plastic waste emerged Friday at the end of a two-week meeting of U.N.-backed conventions on plastic waste and toxic, hazardous chemicals.

Rolph Payet of the United Nations Environment Program says the “historic agreement” linked to the 186-country, U.N.-supported Basel Convention means countries will have to monitor and track movements of plastic waste outside their borders.

The deal affects products used in a broad array of industries, such as health care, technology, aerospace, fashion, and food and beverages.

GENEVA – North Korea’s ambassador to the United Nations has defended his country’s human rights record and likened economic sanctions over its nuclear program to “crimes.”

Ambassador Han Tae Song said in Geneva that North Korea’s government made a “devoted effort for the good of the people” and “human rights violations, in whatever form, are intolerable.”

North Korea’s human rights record was discussed Thursday as part of a U.N.-backed process known as the Universal Period Review, which examines the rights records of all countries roughly every five years.

The top U.S. envoy in Geneva alleged North Korea’s rights record “is deplorable and has no parallel in the modern world.”

GENEVA – The U.N. human rights office is praising the release of Reuters journalists Wa Lone and Kyaw Soe Oo from prison in Myanmar, but says a “very dire situation” remains for freedom of expression in the Asian country.

Rights office spokeswoman Ravina Shamdasani hailed “good news” but insisted that the two Pulitzer Prize-winning journalists “should never have been convicted in the first place.”

The journalists were pardoned and released on Tuesday. They had been convicted of violating Myanmar’s Official Secrets Act over reporting on security forces’ abuses of Rohingya Muslims.

Shamdasani cited a rights office report in September, after the convictions, that laid out “very constructive recommendations” to Myanmar’s government to improve freedom of expression.

She said there has been “no positive progress” in relation to those recommendations. 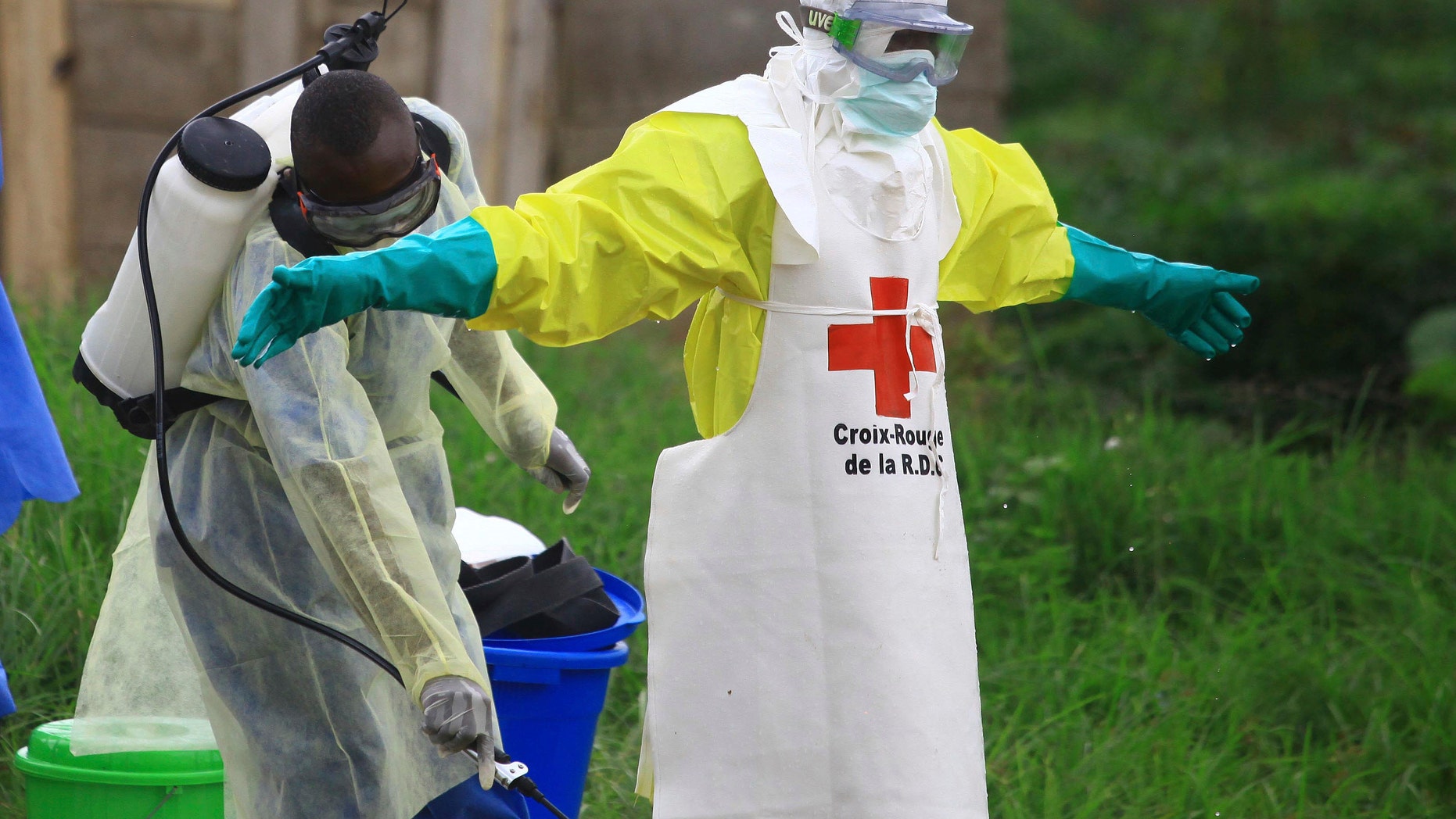 Top Red Cross official Emanuele Capobianco said that he’s “more concerned than I have ever been” about the possible regional spread of the Ebola virus in Congo after a recent spike in cases.  (AP)

GENEVA – A top Red Cross official said Friday he’s “more concerned than I have ever been” about the possible regional spread of the Ebola virus after a new spike in cases, as the World Health Organization met on whether to declare the outbreak in Congo an international health emergency.

Emanuele Capobianco, head of health and care at the International Federation of Red Cross and Red Crescent Societies, cited Congolese health ministry statistics showing 40 new cases over two days this week. He called that rate unprecedented in this outbreak.

The Ebola outbreak in Congo announced on Aug. 1 has become the second-deadliest in history, behind the West African one from 2014-16 that killed more than 11,300 people. Congo’s health ministry on Thursday reported 1,206 confirmed and probable cases, including 764 deaths.

To be designated a public health emergency of international concern, a situation must be “serious, unusual or unexpected,” threaten to infect other countries and require “immediate international action.”

This outbreak has been like no other. Capobianco cited lack of trust about Ebola treatment in the community, which had never faced an outbreak of the virus before, and insecurity caused by rebel groups that has hurt aid efforts.

The outbreak is occurring close to the borders of Uganda and Rwanda, with South Sudan not far away.

“Bigger is not necessarily better,” she said. Doctors Without Borders is calling for patients to be treated in existing health centers rather than Ebola-specific clinics: “It’s very clear that people do not like or trust the Ebola centers and they are not coming to be treated.”

Newport said 75 percent of new Ebola cases have no obvious link to previous patients, meaning that officials have lost track of where the virus is spreading.

Previous global emergencies have been declared for the 2014 Ebola outbreak in Sierra Leone, Liberia and Guinea, the emergence of Zika virus in the Americas and the international attempt to eradicate polio. WHO was criticized for not declaring the 2014 Ebola outbreak an international emergency until nearly 1,000 people had died and the disease had spilled across borders.

Emergency declarations almost always boost global attention and donor funding. In recent weeks, WHO has noted it is woefully short of the $148 million it says is needed to fight Ebola for the next six months. It had received only $74 million as of mid-March.

Tariq Riebl, who is based in a current Ebola hot spot, Butembo, for the International Rescue Committee, said a major obstacle to stopping the outbreak is that officials are simply unaware of how many Ebola cases there are.

“We’re discovering people when it’s way too late,” he said, noting numerous cases were buried in secret and never reported to authorities. “Given the average number of cases we’re seeing now, this is not going to be over for at least another six months or more.”