Geoff Shepard: Coronavirus voting reforms – this sacred principle of free and fair elections is at risk 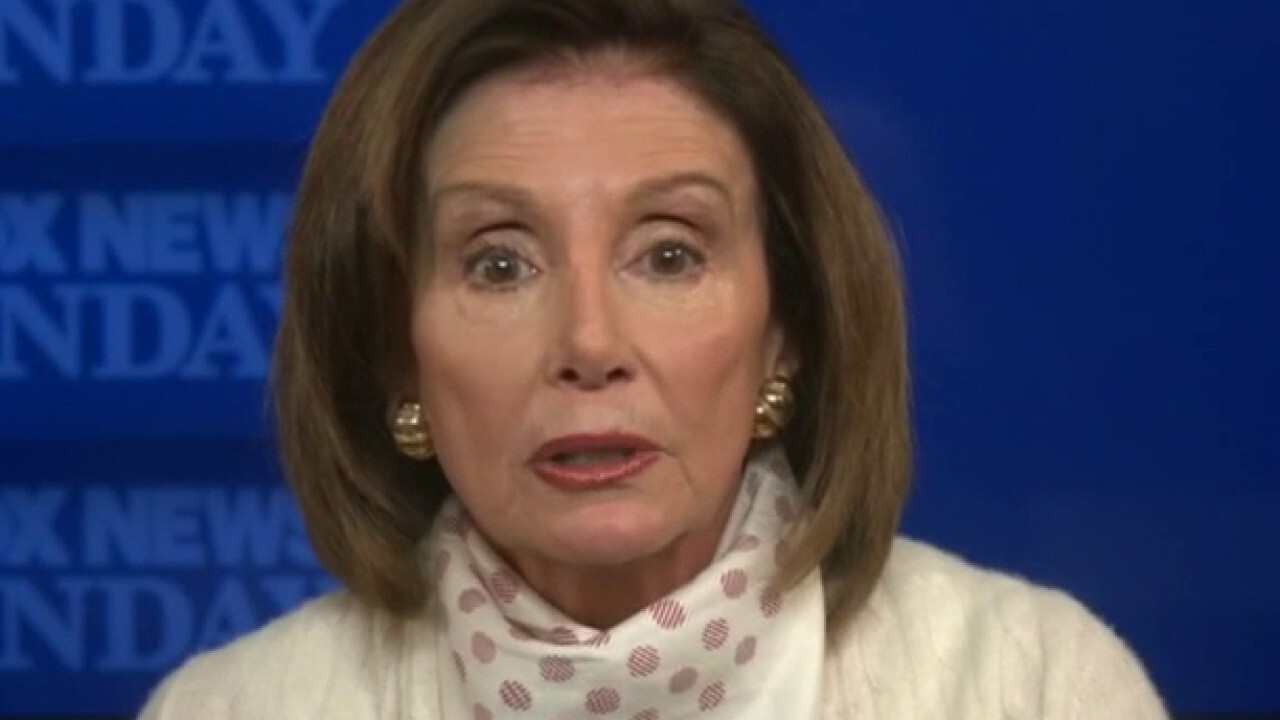 The secret ballot, the ability for you and only you to know who you choose to vote for, is one of the surest safeguards to our democracy. But if Democrats have their way, they will corrode our electoral sanctity by claiming it was necessary to combat the coronavirus.

Speaker Nancy Pelosi, D-Calif., and her Democrat friends are uniformly calling for dramatic expansion of “vote by mail” opportunities in all federal and state elections. This past week, New York Gov. Andrew Cuomo ordered postage-paid absentee ballots sent to each of the state’s registered voters. On the surface, these may seem legitimate, but these practices are ripe for exploitation by corrupt actors.

The secret ballot, originally called the “Australian ballot,” came to the United States in the 1890s. There were four characteristics:

The latter two safeguards have been consistently eroded for decades, yet few have been heard to object.

This same issue tends to dominate union organizing efforts, which must be held within the guidelines of the Taft Hartley Act of 1947. Unions are eager to embrace “card check” provisions that enable them to personally lobby workers to cast their vote in the presence and under the influence of union organizers. Companies are finding it harder and harder to preserve and assert workers’ right to a secret ballot.

The same is true of our federal and state elections. Decades ago, almost everyone who wanted to vote did so on Election Day and few could meet the stringent requirements for absentee ballots. Such elections were relatively easy to supervise because all ballots were rather easily accounted for.  But the use of the secret ballot cast in person is no longer the universal rule and recently has been allowed to slip further away – usually in the name of voting reform.

What’s most troubling is that the importance of the long-recognized principle of the secret ballot is rarely discussed when Democrats call for election reforms. But these reforms give rise to new concerns, such as who gets to see the ballot before it’s recorded and what types of pressure have been applied to the voter.

Use of the secret ballot cast in person is no longer the universal rule, and recently has been allowed to slip further away – usually in the name of voting reform.

Consider these examples to illustrate the overwhelming allure of the secret ballot:

An overbearing father, not particularly thrilled that his son is back living at home – and constantly berating him about political issues. Archie Bunker on steroids. Even under those circumstances, the son can accompany his folks to the polling place, hear all the political pitches while standing in line, and then go into the privacy of the voting booth and mark his ballot for whomever he chooses, with no one the wiser. All without having to sneakily complete a paper ballot at home or be “required” to discuss his actual choices with his father.

A more troubling example might be an ardent “do-gooder” who decides to help facilitate voting by the infirm – in hospitals, nursing homes or other confined settings. What could be more patriotic than helping whole groups of people fill out their conveniently supplied absentee ballots?

But consider the downsides. The voter’s choice is immediately known to the do-gooder. Or if the elderly, hospitalized or homeless voters are unsure of their choices, they could be guided by the do-gooder’s oral descriptions of the candidates or issues. If such “gentle persuasion” is not effective, true believers could simply misplace the ballots that weren’t completed in the desired manner.  Since no records are kept, no one would ever know.

There are polling locations in Philadelphia where virtually 100 percent of the vote is recorded as having been cast for Democrat candidates. In places dominated by one party, poll watchers complain at the risk of their personal safety – and that’s under the best of circumstances. Without a secret ballot, such mischief is more easily accomplished.

All of these situations – and many more – can best be addressed by emphasizing and adhering to the sanctity of the secret ballot. Americans, like employers, have the right to insist on the preservation of the secret ballot, but they had better speak up. Many may not be aware, but there is a movement to undermine the entire concept of free and fair elections.

Geoff Shepard: Trump impeachment and Watergate – As a Nixon defense attorney I can compare them

Special Counsel Robert Mueller’s team famously championed its modus operandi of silence during its probe of Russian interference in the 2016 U.S. presidential election. But since attorneys failed to destroy President Trump, their top dog is trying a new trick.

Following the lackluster Trump impeachment hearings in the House Intelligence Committee, Mueller prosecutor Andrew “The Pit Bull” Weissmann took to cable news to coach Democrats on their performance. He urged them to go bigger and bolder with their argument by comparing President Trump’s conduct directly to President Richard Nixon’s in the Watergate scandal.

Days later, House Speaker Nancy Pelosi, D-Calif., did just that by claiming: “What [Trump] did was so much worse than even what Richard Nixon did.”

The comparisons between the scandals are hitting a fever pitch. So as a former member of Nixon’s Watergate defense team, I feel obliged to point out similarities, differences and the source of the danger both presidents encountered: The Revenge of the Special Prosecutors.

Every legal defense begins by understanding the accusations and applicable laws. The Constitution is a bit vague on defining an impeachable offense, using the words “Treason, Bribery or Other High Crimes and Misdemeanors.”

President Gerald Ford defined impeachment in political terms, as “whatever a majority of the House of Representatives considers it to be at a given moment in history.”

This is not great for any sitting president, as it means the opposition can essentially make up the charges as it goes along.

In the drive to impeach Trump, Democrats began pushing a charge centered on the Latin phrase “quid pro quo.” When the public yawned at that, Democrats pivoted to English and said they were looking at “bribery” involving Trump. Wise move, as it is at least an enumerated offense. But what does it mean in this context?

Democrats are still trying to figure that out, but they keep amplifying these unjust accusations to make Trump sound terrible until they can nail down a persuasive definition.

Trump has bigger problems to worry about than the ever-fluctuating Democratic message. His opponents are leveraging Watergate precedent and hoping for creative legal opinions to eradicate the secrecy of grand jury proceedings.

A grand jury’s function involves such one-sided procedures that there are strict rules on secrecy. Targets are forbidden to have counsel present, are unable to cross-examine accusatory witnesses, and are not permitted to produce evidence or witnesses of their own. Even if no indictments follow, the elicited testimony can be very damaging to those investigated.

President Gerald Ford defined impeachment in political terms, as “whatever a majority of the House of Representatives considers it to be at a given moment in history.”

Yet tidbits gleaned from questioning by politicized prosecutors who conducted such investigations is why congressional committees, both now and during Watergate, salivate over gaining access to the raw depositions. Yet the entire design of the investigators, from beginning to end, was to harm their presidential foe.

The Watergate special prosecutors had grand jurors adopt a report containing testimony that they asked be transmitted to the House.  Known as the “road map,” this is credited with leading to impeachment proceedings against Nixon that led to his resignation.

As Watergate Special Prosecutor Leon Jaworski later told Bob Woodward of the Washington Post, the House was “very slow” getting started and would never have gotten off the ground without information provided by the special prosecutors.

Today we’re watching something of the same thing, where the House Judiciary Committee has gone to court to demand grand jury testimony cited in the Mueller report. Judge Beryl Howell upheld their subpoena, finding the committee’s demand was in the nature of a judicial inquiry, and thus within an exception to the statute forbidding release of grand jury information.

It’s been widely speculated that the Mueller team members knew they couldn’t find anything on Trump, so they created their own road map for Congress. It’s important to note that Weissmann was their true lead strategist. Mueller was just a figurehead.

Weissmann knew that when the Watergate prosecutors concluded they couldn’t indict Nixon, they realized they needed to get their information to Congress as a basis for his impeachment.

We know that Weissmann was politically active, too. He was a Hillary Clinton fan, who reportedly spent election night 2016 at her campaign’s party. It’s scary to think how aggressively someone with a blatantly political agenda like Weissmann would have conducted Mueller’s grand jury investigations.

Even worse, we now know that during Watergate the special prosecutors colluded with House investigators by secretly sharing prosecutorial information. In today’s media environment it is hard to believe that Weissmann’s team would jeopardize their long game and risk getting caught in such secret meetings.

So Weissmann has found an apparent loophole to continue directing the assault — as a TV pundit drawing on his insights gained from the Mueller investigation.

Trump benefits from the confusion of Democratic messaging and their insatiable desire to impeach him before voters express their own views at the ballot box. The Democrats failed with Russia, so now they’re trying Ukraine. Tomorrow, who knows? As President Ford forewarned, it can be whatever they want it to be.

With the “Pit Bull” now becoming the Democratic messaging maestro, equipped with a quiver of grand jury secrets he helped to plant, I’d offer my own Latin advice to Trump’s legal team: “cave canem.” Beware of the dog.