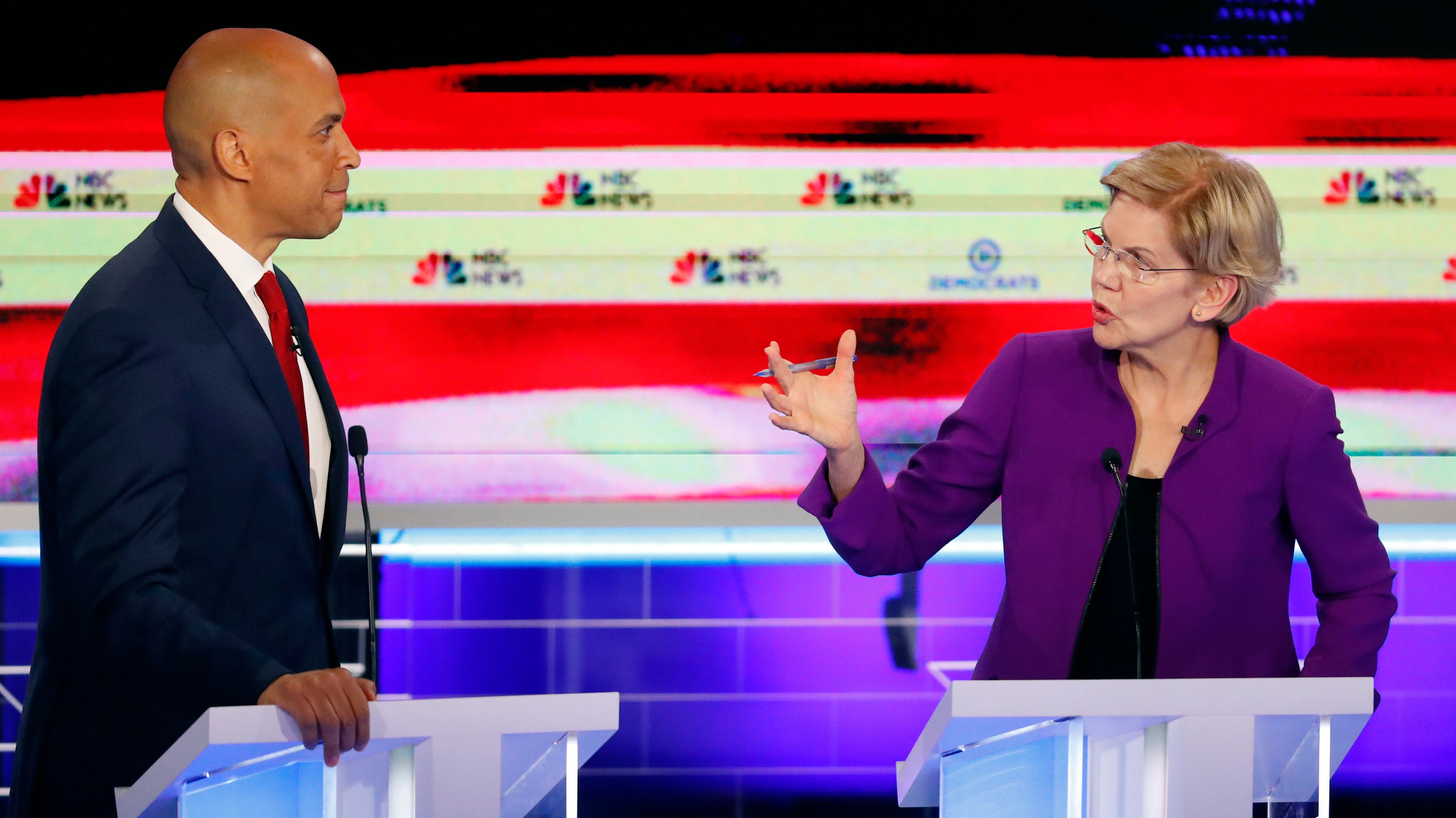 I said, “You don’t use steam anymore for catapult?” “No sir.” I said, “Ah, how is it working?” “Sir, not good. Not good. Doesn’t have the power. You know the steam is just brutal. You see that sucker going and steam’s going all over the place, there’s planes thrown in the air.”

It sounded bad to me. Digital. They have digital. What is digital? And it’s very complicated, you have to be Albert Einstein to figure it out. And I said—and now they want to buy more aircraft carriers. I said, “What system are you going to be—” “Sir, we’re staying with digital.” I said, “No you’re not. You going to goddamned steam, the digital costs hundreds of millions of dollars more money and it’s no good.” 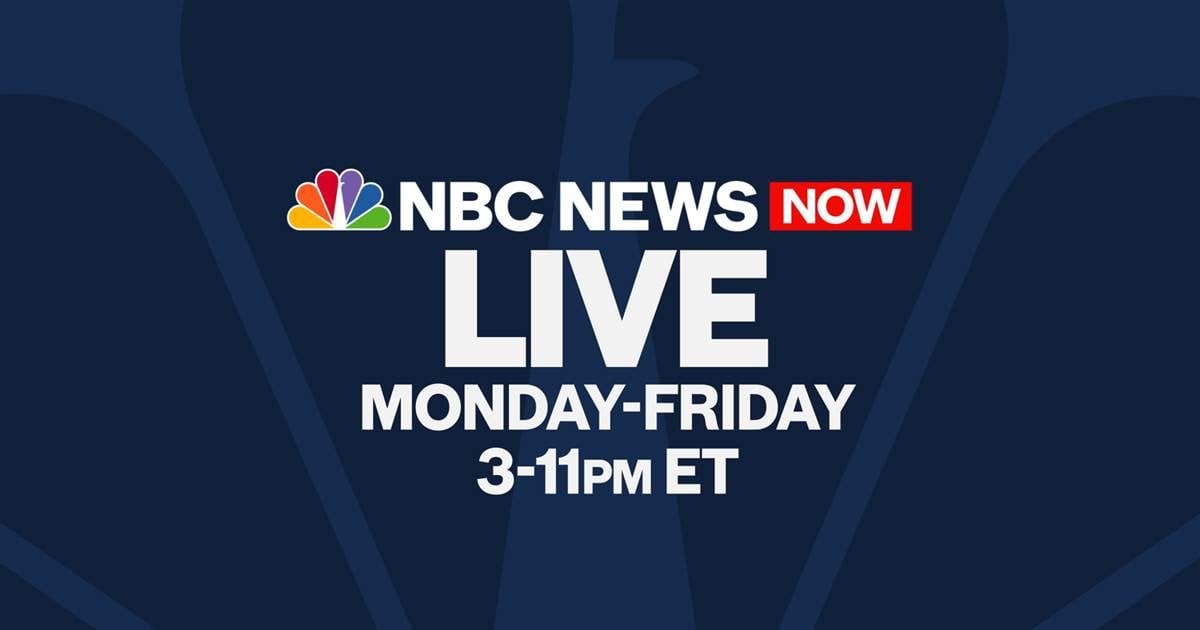 Part 1 of the Discussion Thread Here

Mika Brzezinski to Ivanka and Melania: ‘You will go down in history as having done nothing about’ conditions for migrant children 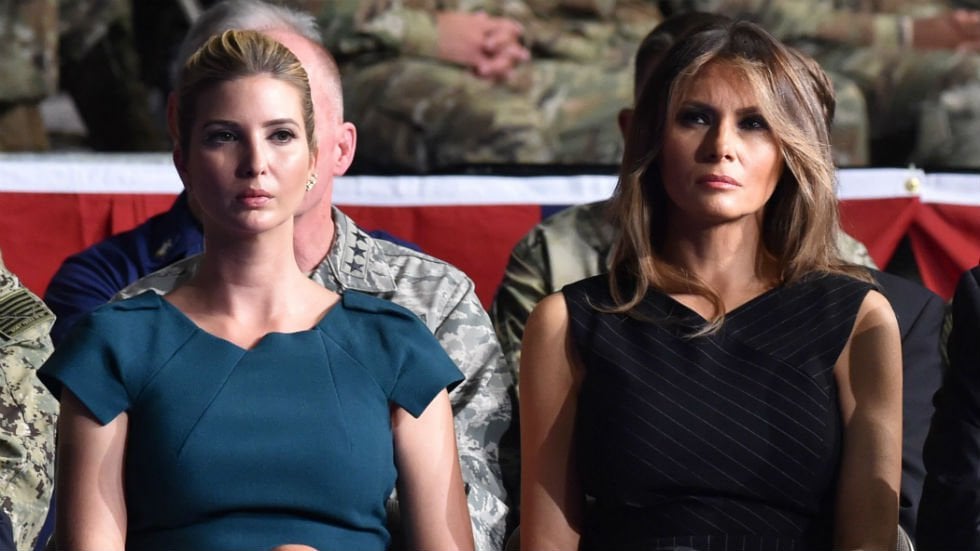 Adam Scott Tells Mitch McConnell Social Media Team to Stop Using His Image — “Please refrain from using my image in support of anything but your own stunning and humiliating defeat,” the actor says. 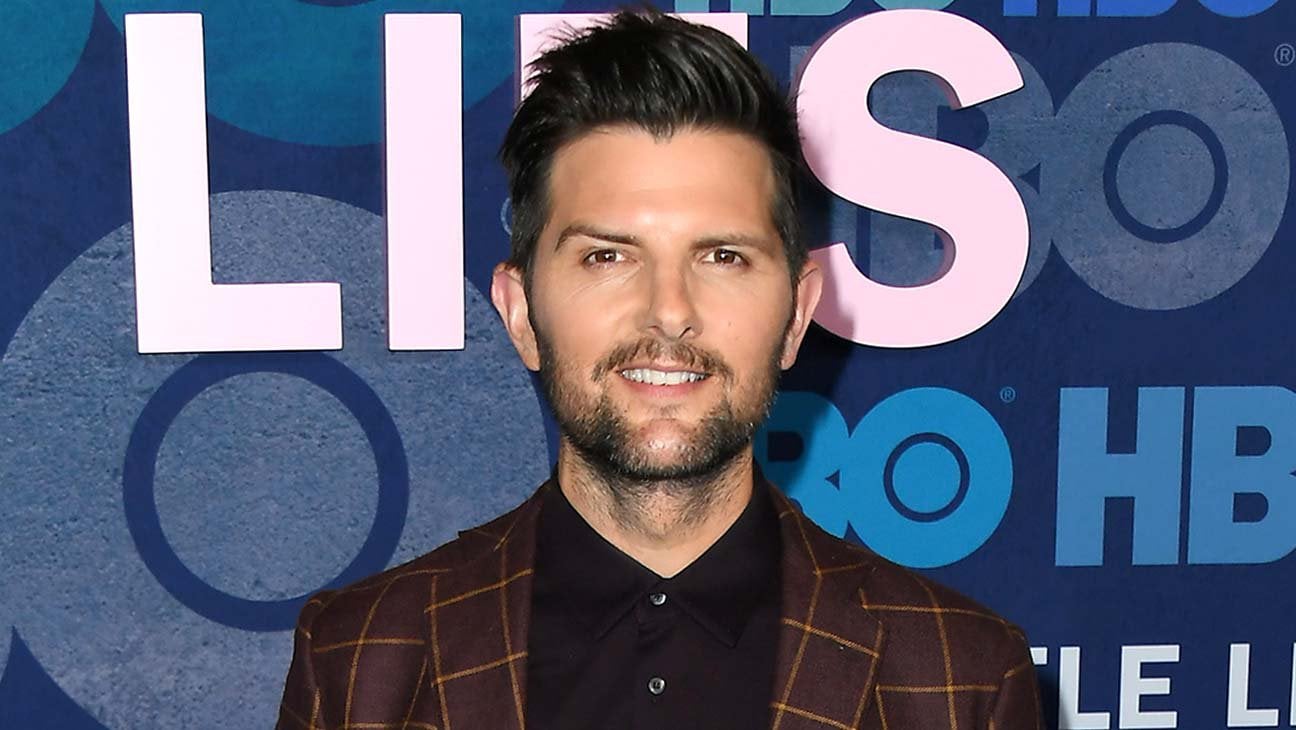 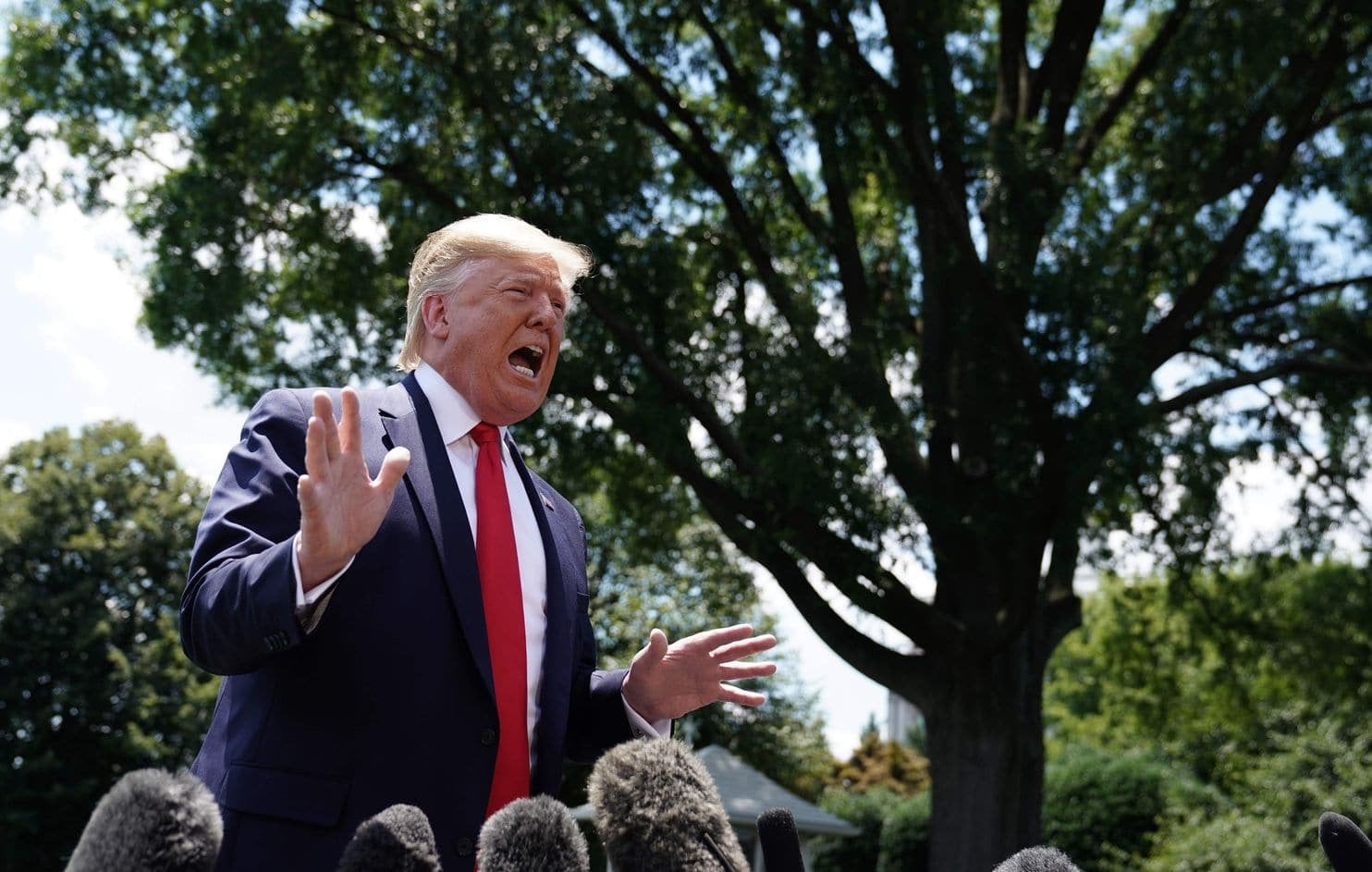 Hi everyone, so after reviewing this submission we are comfortable with calling it on-topic due to the following portion of the article:

The “quarantine” move comes on the same day President Trump launched his latest attack against Silicon Valley. He threatened a potential lawsuit against Facebook and Google, without providing much detail, and accused Google of trying to rig the election. The company has repeatedly denied that claim.

Trump also accused Twitter of limiting the reach of his tweets and censoring other conservative users, a charge the tech giant has long denied. The White House on Wednesday also announced it would gather “digital leaders” next month to talk about social media but did not elaborate on who would be in attendance.

Almost all of the previous articles that have been submitted have only been limited to the scope of reddit and did not explicitly mention politics, we will of course continue to review other similar articles to determine if they fall within our guidelines. Thank you!

I’m Vox Senior correspondent Matt Yglesias. I’ve been reporting on the policies of the 25 Democrats running for president in 2020. Ask me anything. The 2020 election ramps up this week with the first Democratic debate, split into two nights to accommodate the 20 candidates who qualified for the debate stage.

Whoever emerges from the Democratic primary will face Trump, who has already raised more than $100 million for reelection to a second term. Recent history tells us Americans usually give their presidents another four years. That should lend Trump an advantage. But the president has been historically unpopular during his first term, and the US economy — typically at the top of voters’ minds — has stumbled lately.

Many Democratic voters don’t yet have fully formed opinions of the presumed candidates, even the “big” names: the Beto O’Rourkes, Kamala Harrises, Cory Bookers. The potential nominees with substantial name recognition are Joe Biden and Bernie Sanders, two older white men in a diversifying party.

We have a long way to go, in other words. It’s silly to pretend anybody knows how this campaign is going to end, and the 2016 election should have humbled all political prognosticators. Still, the 2020 campaign has already started.

Have questions about the candidates’ policies that’ll be debated in the upcoming election? Ask me anything! 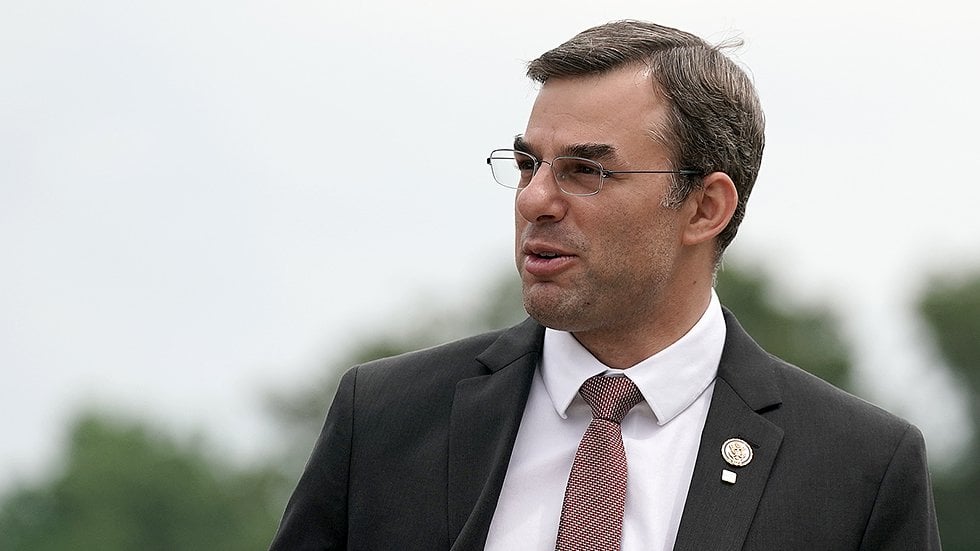 Alexandria Ocasio-Cortez Doesn’t Think Joe Biden Is the ‘Pragmatic Choice’ for Democrats: The Congresswoman Suggested in an Interview With Vogue That Biden, Like Hillary Clinton, Wouldn’t “Inspire the Turnout That We Needed.” 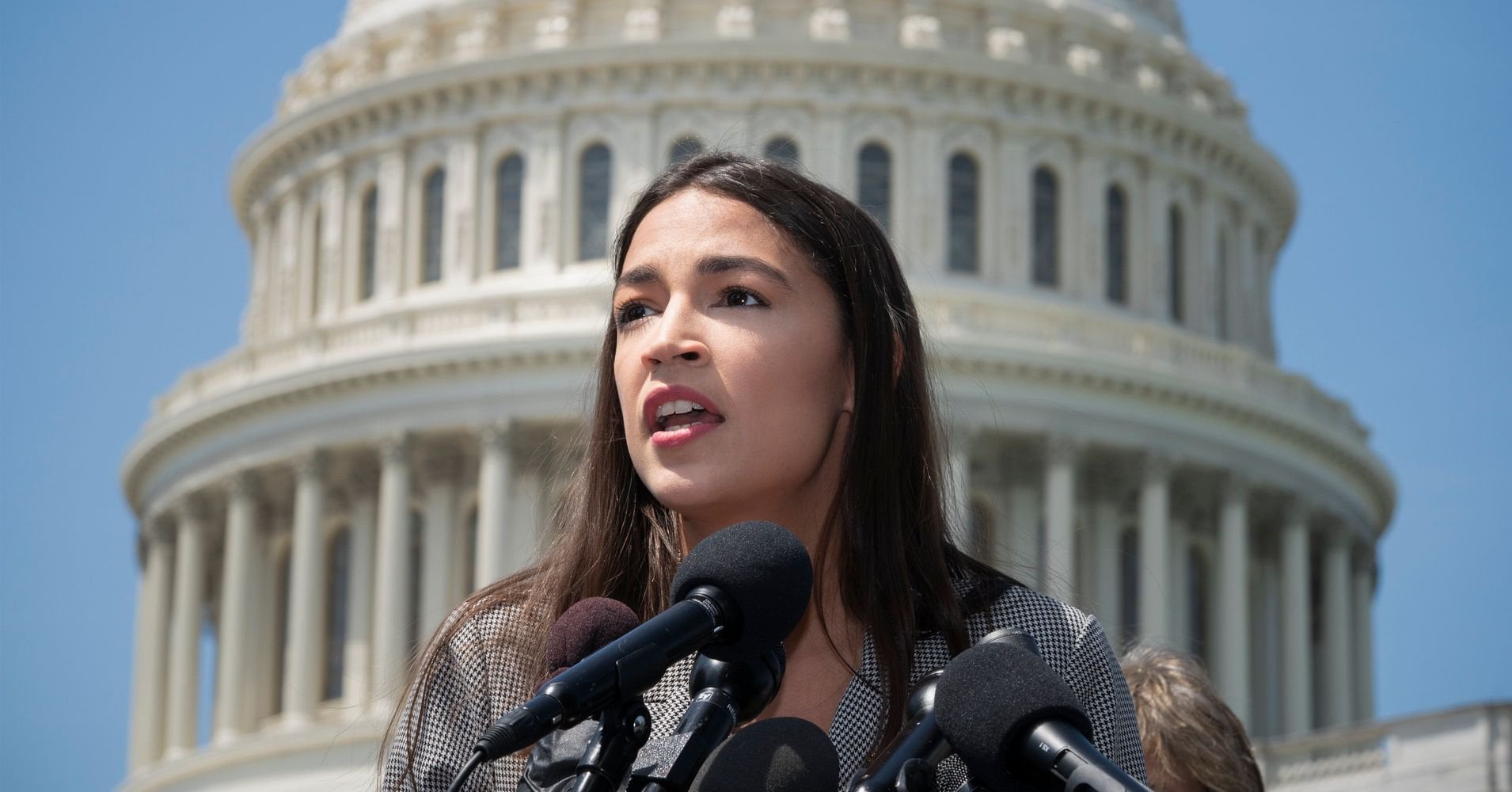 The root goes waaaay deeper. We must remove inequality and hold those accountable that contributed to the inequality. It’s no coincidence we see the world-wide rise of fascism and the disparity between rich and poor.

The global finance system needs a rigorous overhaul, no more tax avoidance and taxflight, close and shut down all tax oasises(?) and go back to the way taxes used to be reinvested into communities and its people. This also requires putting on the screws on multinational companies, the exploitation of workers, etc. etc. etc.

People are disappointed, they feel taken advantage of and that’s why they give democracy the big ole stinky. They feel like democracy did not work and that maybe it’s time for another system….enter the fascists.

Anything else is just band-aid policy and we will end up with Hitler 2.0 if we don’t start adressing all the problems of the 99%. And that requires Politicians with guts, honesty, integrity, vision, empathy and no ties whatsoever to special interests because those people only think with/through their wallet in quarterly business reports and shareholders general assemblies.

We need to get away from capitalism, because it is devouring us and only very few profit from it, at the cost of a scorched earth.

There are 8 pending cases to potentially be decided by ruling today, including:

Issues: (1) Whether the district court erred in enjoining the secretary of the Department of Commerce from reinstating a question about citizenship to the 2020 decennial census on the ground that the secretary’s decision violated the Administrative Procedure Act, 5 U.S.C. 701 et seq; (2) whether, in an action seeking to set aside agency action under the APA, a district court may order discovery outside the administrative record to probe the mental processes of the agency decisionmaker — including by compelling the testimony of high-ranking executive branch officials — without a strong showing that the decisionmaker disbelieved the objective reasons in the administrative record, irreversibly prejudged the issue, or acted on a legally forbidden basis; and (3) whether the secretary’s decision to add a citizenship question to the decennial census violated the enumeration clause of the U.S. Constitution.

Issue: In case in which the plaintiffs allege that a Maryland congressional district was gerrymandered to retaliate against them for their political views: (1) whether the various legal claims articulated by the three-judge district court are unmanageable; (2) whether the three-judge district court erred when, in granting plaintiffs’ motion for summary judgment, it resolved disputes of material fact as to multiple elements of plaintiffs’ claims, failed to view the evidence in the light most favorable to the non-moving party, and treated as “undisputed” evidence that is the subject of still-unresolved hearsay and other evidentiary objections; and (3) whether the three-judge district court abused its discretion in entering an injunction despite the plaintiffs’ years-long delay in seeking injunctive relief, rendering the remedy applicable to at most one election before the next decennial census necessitates another redistricting.

Issue: Whether the Supreme Court should overrule Auer v. Robbins and Bowles v. Seminole Rock & Sand Co., which direct courts to defer to an agency’s reasonable interpretation of its own ambiguous regulation.

The Federal Circuit’s ruling is vacated and remanded.

The 10th Circuit’s ruling is vacated and remanded.

The court holds that a federal law requiring a defendant who is registered as a sex offender to return to prison for at least five years if a federal judge finds that the defendant violated the terms of his supervised release is unconstitutional.

The Supreme Court affirms the Sixth Circuit’s ruling, which struck down the residency requirement.

The remaining opinions will be announced tomorrow, and that will be the last day of opinions.