The Texas Board of Pardons and Paroles recommended Friday that the state delay the execution of Rodney Reed, amid calls by supporters and celebrities to reexamine his conviction because of new evidence.

The board unanimously recommended a 120-day reprieve for Reed, who is set to receive a lethal injection on Wednesday for the 1996 killing of a 19-year-old woman.

Gov. Greg Abbott, a Republican, will decide whether to accept the board’s recommendation. The board has recommended commuting a death sentence only five times since 1982. 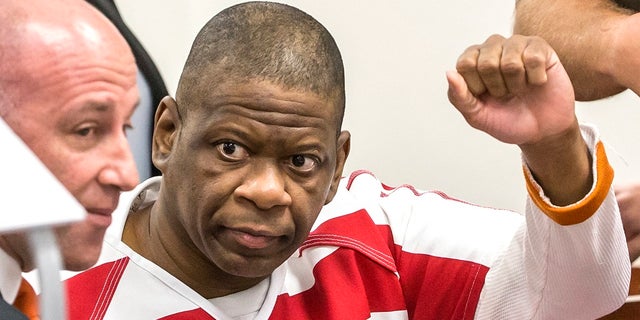 In this Oct. 13, 2017, photo, death row inmate Rodney Reed waves to his family in the Bastrop County District Court in Bastrop, Texas. (Ricardo B. Brazziell/Austin American-Statesman via AP, File)

Abbott has halted one imminent execution, in 2018, in his four years in office.

Reed has received an outpouring of support from big names such as Beyoncé, Kim Kardashian and Oprah, and from lawmakers from both parties.

Reed, 51, has maintained his innocence in connection with the abduction, rape and strangulation of Stacy Stites. Her body was found in 1996 on the side of a road southeast of Austin.

Reed was arrested nearly a year later after his DNA surfaced in an unrelated sexual assault; he was sentenced to death in 1998.

His lawyers and supporters argue that new evidence points to Stites’ fiance, a former police officer named Jimmy Fennell, who was a suspect in the original investigation. Reed said Fennell, who is white, was angry she was having an affair with Reed, who is black. 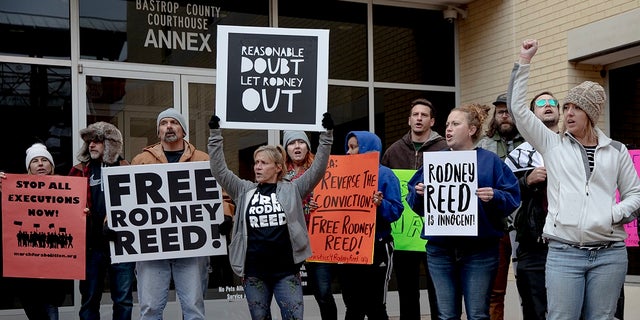 Prosecutors said Reed’s semen was found in Stites and that his claims of an affair were not proven at trial. They said Fennell was cleared as a suspect and that Reed had a history of sexual assaults.

Fennell was paroled last year after serving prison time for sexual assault. Reed’s lawyers argue his conviction was based on false evidence, and they denied sexual assault allegations.

Reed has several appeals pending, including one to the U.S. Supreme Court.