Copyright 2015 Libero Themes.
All Rights Reserved.
Westlake Legal Group > News  > The Gulf Of Maine Is Warming, And Its Whales Are Disappearing
0 Comments
Share

The Gulf Of Maine Is Warming, And Its Whales Are Disappearing 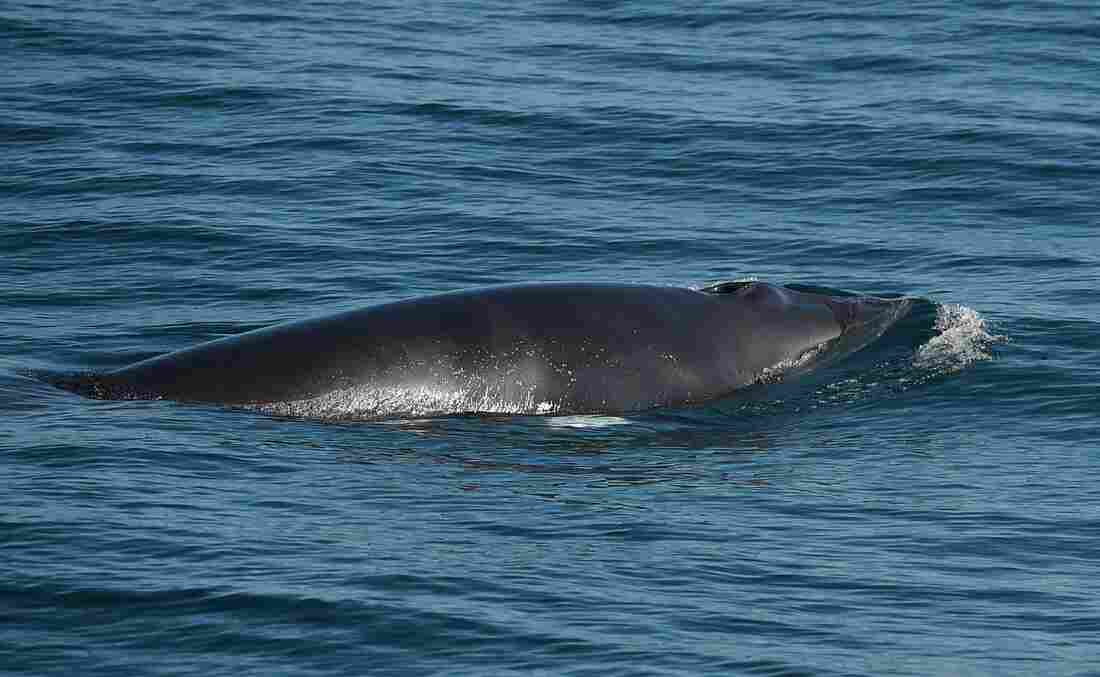 A Minkey whale breaches the surface near Boothbay Harbor in the Gulf of Maine on Aug. 10, 2018. Researchers say warming in the gulf is driving whales into waters further north where fewer environmental protections exist. Andrew Caballero-Reynolds/AFP/Getty Images hide caption

A Minkey whale breaches the surface near Boothbay Harbor in the Gulf of Maine on Aug. 10, 2018. Researchers say warming in the gulf is driving whales into waters further north where fewer environmental protections exist.

Each summer for the last two decades, Jim Parker has readied his small whale watch boat, and made a business out of ferrying tourists out into the cool blue waters of the Gulf of Maine.

For years, it was steady work. The basin brimmed with species that whales commonly feed on, making it a natural foraging ground for the aquatic giants. Whales would cluster at certain spots in the gulf, providing a reliable display for enchanted visitors to the coastal community of Milbridge, Maine.

But lately, the whales have been harder and harder to find. Waters in the gulf have been warming, sending the whales’ food supply searching for cooler temperatures. The whales have gone with them. Some days this summer, Parker says he didn’t spot a single one. Business fell 20%, forcing him to cut his season short.

To help make ends meet, he’s been leading nature tours instead of whale watching expeditions. It’s gotten so bad, Parker says, that he and his partner have considered moving away from whale watching.

“What I don’t want to do is put a half dozen people on the boat, have them all excited about going out and seeing whales when I know there’s not one there,” Parker says.

At a time of accelerating changes in the environment brought on by climate change, Parker’s struggles are a reflection of how coastal communities, their ecosystems and the businesses that rely on them, are being forced to adapt. It’s a challenge that is only growing more urgent, according to a dire report released by the United Nations Intergovernmental Panel on Climate Change last month. The report found that over the last 25 years or so, oceanic warming has nearly doubled.

The changes have been especially pronounced in the Gulf of Maine, where data from the National Oceanic and Atmospheric Administration’s Coral Reef Watch shows that waters are warming faster than 99% of the global ocean.

Temperatures in the gulf — which stretches from Cape Cod to Nova Scotia — are climbing for two principle reasons, researchers say. First, rising air temperatures and greenhouse gas concentrations are causing oceanic warming worldwide. The U.N. says this warming has given way to a new phenomenon in the oceans: marine heat waves. Second, ice melt in Greenland is pumping fresh water out of the arctic, which has disturbed normal ocean currents in the region.

Andrew Pershing, the chief scientific officer at the Gulf of Maine Research Institute, says these changing patterns are bringing warmer currents into the area, which disrupts whales’ prey: herring and sandlace fish, among other species.

“As we see this food web start to become disrupted and start to change, we’re seeing changes in where the whales are feeding,” Pershing says. As a result, whales are moving further north toward Canada in search of food — a shift that comes with a dangerous set of consequences.

With their changing migration patterns, the whales are increasingly navigating waters that haven’t yet been adapted to protect them — and they’re dying because of it.

So far this year, at least nine North Atlantic right whales have died in the Gulf of St. Lawrence along the Canadian coast, according to NOAA. Two years ago, 12 right whales died in Canadian waters, with five additional deaths coming along the United States East Coast. Fishing net entanglements and boat strikes were the primary causes of those deaths, according to data from NOAA.

The longer journey also has implications for whales’ reproductive rates.

“From a whale’s perspective it matters greatly,” says Sean Todd, a researcher at the College of the Atlantic, where he studies the diets of whales in the Gulf of Maine. It matters, he says, because whales have a particular “energy budget” that sustains them while migrating long distances.

“If you increase the energy expenditure a whale has to undergo to get to its food, then the animal does not meet its calorific needs. And if it’s a female, that could very likely result in a failure of pregnancy.”

Today, there are around 400 remaining North Atlantic right whales in the world, according to an estimate by NOAA. Of those, less than 95 are breeding females.

Todd warns that shifting migration patterns could mean “lower reproductive rates” for whales in the gulf, which risks bringing their populations “down to endangered status.”

While animals can adapt to climate change, that process can take hundreds, if not thousands, of years, Todd says — not nearly fast enough to keep up with the rapidly accelerating effects of climate change.

Today, Todd says the Gulf of Maine resembles the oceanic equivalent of a desert. In the old days, there might have been 1,000 whales in the waters of the Gulf of Maine, he adds. Now, it’s a fraction of that.

“That’s really difficult for me to be out here now, and see a flat ocean with almost no biological activity readily observable,” says Todd. “Five, 10 years ago, I could be out here and we would have our pick of animals to work with.”

Parker has seen these changes too, and while he agrees “100% the climate is changing,” he says he’s still not convinced that it’s warming.

“If you look back in history you can’t find a 10-year period in history, we didn’t have climate change of some form,” Parker says.

The overwhelming scientific consensus refutes this notion, and as Pershing says, it gives the U.S. an “imperative” to figure out how to adapt to the “rapidly changing ocean.” In the coming years, he predicts that places ranging from Norway, to Alaska and the Caribbean will also be subject to dramatic oceanic shifts.

But “it’s only in the United States where climate change has become a politically based argument,” according to Todd.

“Will we save the Gulf of Maine? I don’t know. I don’t know if we can or not. But I hope we can save the planet.”