They Said #MeToo. Now They Are Being Sued. 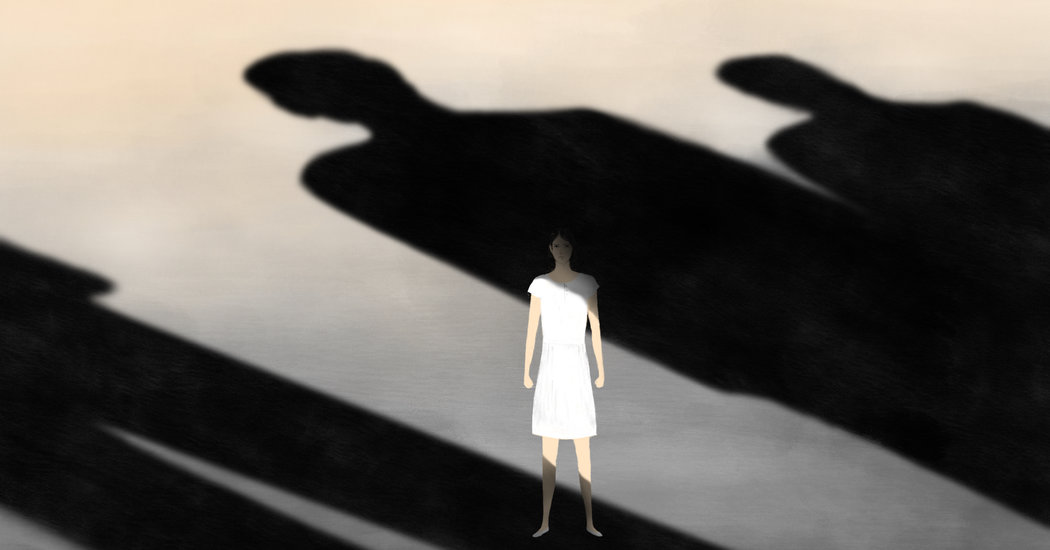 In a small courtroom in Beijing, supporters of Wang Qi huddled together, awaiting the start of China’s first #MeToo trial. Ms. Wang had accused her former boss of sexually harassing her.

But it wasn’t Ms. Wang’s former boss who was on trial. It was Ms. Wang herself.

Zhou Fei, a top official at the China branch of the World Wildlife Fund, sued Ms. Wang in August 2018, accusing his former employee of defaming him when she wrote in a social media post that he forcibly kissed her during a work trip. If Ms. Wang loses the case, she has to apologize to Mr. Zhou online and pay him $1,400.

“If one doesn’t make a sacrifice for the protection of women’s rights and interests,” she said last year, before her lawyer warned her she risked further defamation claims by talking, “there will definitely be no progress.”

In China, the accuser can quickly become the accused. At least six men publicly accused of sexual assault or harassment have sued their accusers, or people who have publicized those accusers’ claims, for defamation in the past year.

In fact, of just 34 lawsuits filed in China between 2010 and 2017 related to sexual harassment in the workplace, 19 of those were filed by the accused perpetrators, according to the Beijing Yuanzhong Gender Development Center, an advocacy group. More than half were filed by accused harassers against their employers, citing unfair dismissal or harm to their reputations. In one case, a victim had to compensate her harasser for damaging his eardrum after she slapped him. Women who said they had been harassed filed only two of the lawsuits.

As the #MeToo movement has spread, men in the United States, France, India and elsewhere have turned to the courts, sometimes successfully arguing that they had been defamed by their accusers or by the media. The most famous example might be Geoffrey Rush, the Australian actor, who in April won at least $608,000 from The Daily Telegraph newspaper in Australia.

But #MeToo activists say China represents an extreme example of using courts to suppress accusations. That can make women think twice about going public in a highly patriarchal society that often shames them for speaking out, the activists say.

The government has enacted laws banning sexual harassment but does not define the term. Enforcement is poor. Defamation laws are stacked in favor of plaintiffs, with a greater burden of proof falling on the victim. If she fails, she is presumed to be “subjectively at fault.”

Victims are often pressured to stay silent, said Li Ying, a lawyer and the director of the Yuanzhong Gender Development Center. “Our entire society is still biased, and stigmatizes victims of sexual harassment,” she said.

By some measures, though, the #MeToo movement has changed China. It inspired dozens of women to demand investigations into bosses, teachers and co-workers. In August, the government updated its civil code to increase obligations on Chinese employers to prevent sexual harassment.

But Beijing suppresses #MeToo discussions online because it fears social movements it does not control. Online allegations of sexual misconduct were one of the most heavily censored topics on the messaging platform WeChat in 2018, according to WeChatscope, a research project at the University of Hong Kong. The hashtags #MeToo and #Woyeshi (“me too” in Chinese) are banned on the Chinese internet.

Perhaps the most famous example of a #MeToo defamation suit in China is the one filed by Richard Liu, the e-commerce tycoon. Mr. Liu, founder of online retailer JD.com, is suing two Chinese bloggers for commenting on allegations that he raped a Chinese student at the University of Minnesota last year after a business dinner. Mr. Liu, who has not been charged with a crime, is demanding $436,000 plus legal expenses and an apology.

Last year, Zhou Xiaoxuan became the face of China’s #MeToo movement after she accused Zhu Jun, an anchor for China Central Television, the state-run broadcaster, of sexually assaulting her in 2014. Last year, Mr. Zhu filed a defamation suit against Ms. Zhou describing her accusations as “blatantly fabricated and viciously spread” and seeking about $95,000 in damages.

In July, a court in the city of Shenzhen heard a defamation case filed by Xu Gang, a former professor at the University of Illinois Urbana-Champaign, against the Wesleyan University professor Wang Ao after Dr. Wang posted on social media that several students had been sexually assaulted by Dr. Xu. Dr. Xu has denied the allegations, which his lawyer has said are defamatory.

The following month, the Chinese court sided with Dr. Xu and awarded him more than $14,000, said Dr. Wang, who said he would appeal.

Incidents often occurred a long time ago and victims often do not retain the evidence, making their cases difficult to prove.

Belinda He, who nine years ago was a 21-year-old intern at a weekly Chinese newsmagazine, accused an older colleague of forcibly kissing her and taking off her clothes in a hotel room. Still, she did not make her allegations public for a long time.

When Zou Sicong, another former journalist, heard Ms. He’s account, he was outraged. Ms. He wrote an article about the incident and passed it to Mr. Zou, who posted it on his personal WeChat account in August 2018. The article named the accused, Deng Fei, the chief correspondent of the magazine. Ms. He was identified as “Lady C.”

Three months later, Mr. Deng sued Mr. Zou for defamation. In August, Ms. He received a court notice that Mr. Deng had also decided to sue her on the same charge.

Mr. Zou said he wants to help women like Ms. He seek justice and to defend his freedom of speech.

“It’s part of my value system and I’m willing to pay the price for it,” he said.

Many of those difficulties have played out in the defamation trial of Ms. Wang, the former W.W.F. employee. Women’s rights activists call it the first trial over sexual harassment since the #MeToo movement emerged in China.

On July 2018, Ms. Wang wrote on Weibo that “a certain leader in W.W.F. surnamed Zhou” kissed her after a drunken night on March 14, 2016 during a work trip. She resigned from her job in 2017 after being diagnosed with depression, she said.

Some people asked her why she was making a big fuss over just a kiss. Her friends warned her not to talk about the incident, telling her she had to “be careful.”

Ms. Wang said that in the wake of her social-media posts, dozens of women wrote to her, “saying they had similar encounters but they didn’t dare to speak up.”

Mr. Zhou did not respond to requests for comment made through the W.W.F. and did not answer calls to his mobile phone.

On a chilly day in December 2018, Ms. Wang appeared before a judge in a small courtroom in Beijing as she prepared to defend herself. Her lawyers, journalists, and a supporter — six people in total — were crammed into the four available seats.

When Mr. Zhou, her former boss, walked in, Ms. Wang avoided eye contact. The supporter, Tang Ke, stared at him. Ms. Tang said she did not know Ms. Wang personally but decided to come after she saw her post on Weibo.

“Look at him, how can he still be smiling?” asked Ms. Tang through gritted teeth.

Later, the judge asked the observers to explain what they were doing in court. Mr. Zhou’s lawyers then argued that the trial had to be closed to the public, citing their client’s privacy. The judge approved the request, prompting a protest from Ms. Tang.

Outside the courtroom, Ms. Tang said she, too, was a victim of sexual assault by three men. She called Mr. Zhou a “bully” for suing Ms. Wang, and said that she was at the courthouse to take a stand against the government censorship of #MeToo.

“If every woman is able to speak out about sexual assault and expose these men online, then men will have to pay a price,” said Ms. Tang.

“And if there is a price to pay, then they will not dare to do such things.”

Ultimately, Mr. Zhou prevailed in China’s first #MeToo trial. This week, the court sided with him and against Ms. Wang. Though she will not have to pay him $1,400 in damages, the court ordered her to apologize to him and to delete her accusatory posts.