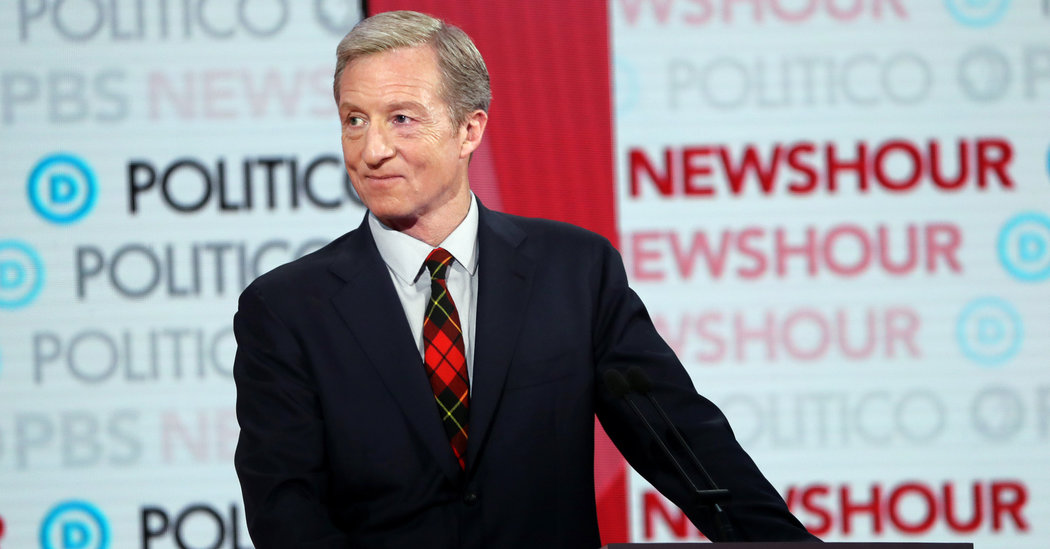 Mere hours earlier on Thursday, the chances of that seemed almost nonexistent: Mr. Steyer needed two more polls showing him with 5 percent support, or two polls of early-voting states showing him at 7 percent, and the qualification deadline was only a day away.

Enter Fox News, which polled voters in Nevada and South Carolina and found Mr. Steyer at 12 percent and 15 percent.

Those are surprising numbers for a candidate who had never before exceeded 5 percent in a debate-qualifying poll, and for now they are outliers, inconsistent with the trends reflected in other surveys. But these are also the first qualifying polls specific to Nevada and South Carolina in almost two months, and significant changes are certainly possible in that amount of time.

Mr. Steyer has been spending abundantly in the early-voting states, and if he has in fact surged, money is an obvious factor.

Were it not for Michael R. Bloomberg’s nine-figure media budget, Mr. Steyer would be by far the biggest spender in the 2020 race. He has been a prolific advertiser both nationally — spending $11 million on national cable and $4.2 million on national broadcast — and in the early states, according to Advertising Analytics. He has also spent more than $20 million on Facebook advertising.

In South Carolina, Mr. Steyer has spent about $11.2 million on television, cable and radio ads, accounting for about 65 percent of political advertising in the state’s four major media markets, according to Advertising Analytics. (Mr. Bloomberg is not competing in the first four states.) In Nevada, Mr. Steyer has spent $10.3 million, which is nearly 75 percent of the overall political advertising there.