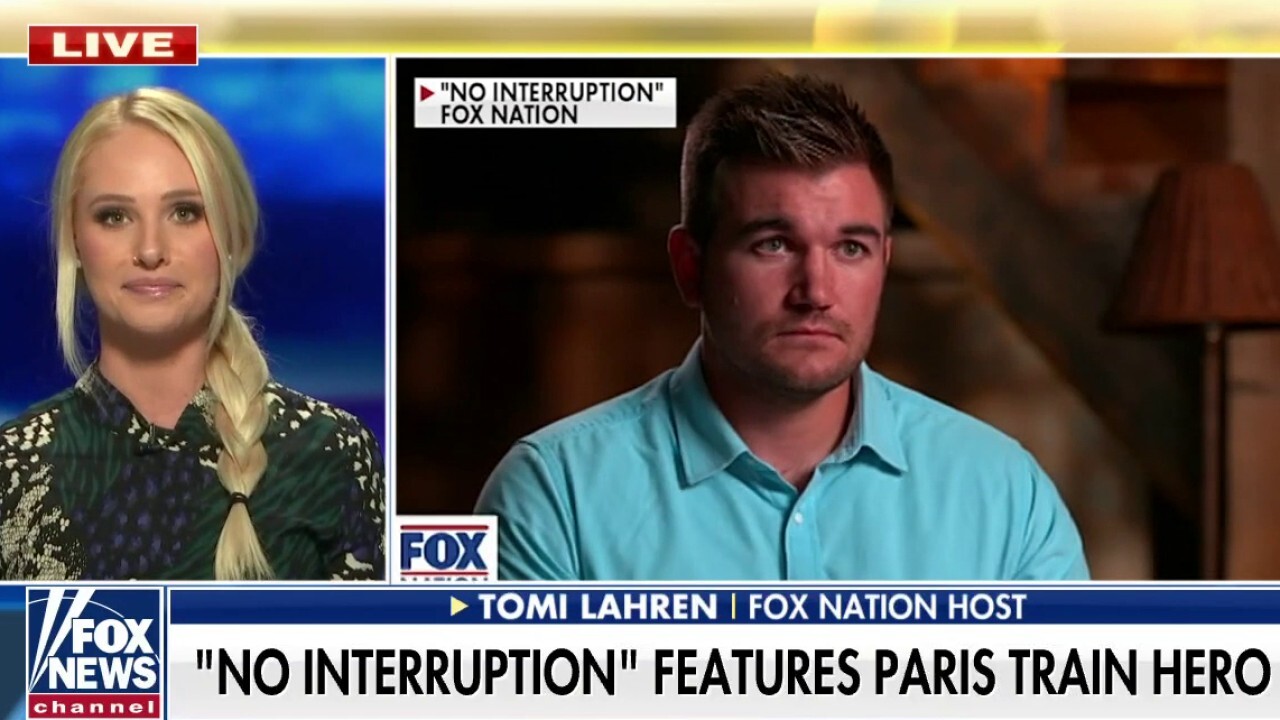 Fox Nation host Tomi Lahren sat down with Alek Skarlatos, a veteran hero who helped stop a terrorist attack on a Paris-bound train in 2015, about his run for Congress in Oregon‘s 4th congressional district.

Lahren previewed her interview with the 27-year-old Army National Guard veteran on her show “No Interruption.” The hero hopes to flip the seat Republican against 33-year incumbent liberal Democratic Rep. Peter DeFazio.

“He decided after taking down a terrorist he is ready to take down the swamp in Washington, D.C.,” Lahren told “Fox & Friends” Thursday of Skarlatos.

Skarlatos played himself in the 2018 Clint Eastwood film “The 15:17 to Paris,” which depicted the attempted attack on a train from Amsterdam to Paris. Skarlatos and two of his friends, Anthony Sadler and Spencer Stone, were traveling in Europe in August 2015 when they incapacitated an Islamist gunman.

Since then he came in third on the show, “Dancing with the Stars,” and now the hero wants to help flip his district red.

Skarlatos told Lahren his district is made up of timber, fishing, grass seed farming, rural and working-class, blue-collar people who’ve “had a tough time over the last 30 years.”

ARMY NATIONAL GUARD VETERAN ON PORTLAND UNREST: ‘I THINK IT’S TIME’ TO ‘DO SOMETHING ABOUT IT’

“Economically since the timber industry went away, things have really gone downhill and the incumbent Democrat not doing anything to help us,” Skarlatos explained, “it really just made me want to stand up and fight for the people that I live with.”

Co-host Ainsley Earhardt noted the 27-year-old “has done more than most of us in our lifetime.”

Skarlatos won the Republican primary in May with more than 86% of the vote.

“This is somebody who could’ve just taken his fame from a Clint Eastwood movie and just been happy with that, but no, he said the people in my district, they haven’t been fought for,” Lahren said. “We have a Democrat that just keeps getting reelected over and over and over again.”

She said his race is similar to so many across the country, saying people are “tired of watching Democrats run their cities into the ground and not pay attention to the little people.”

Lahren said that despite Portland’s “craziness,” Skarlatos’ district wants the timber industry and good-paying jobs back, not what the radical leftists are offering with the Green New Deal and “other things that are going to completely decimate their livelihood.”

“He’s ready to fight for them and he’s a young conservative ready to do it and I think he is going to win,” she said.

To watch all of  “No Interruption”, go to Fox Nation and sign up today.