Possessing the coveted No. 1 overall pick in the NFL Draft doesn’t guarantee a team’s selection will blossom into a franchise player.

Draft busts come in all shapes, sizes and positions, even among players taken in the first round — considered the best-of-the-best. You can be a quarterback such as David Carr, a defensive end like Courtney Brown or a running back like Ki-Jana Carter and not make it in the NFL.

No. 1 overall picks, however, have had a pretty good run for the past decade. The previously hapless Cleveland Browns appear to have found franchise players in Baker Mayfield and Myles Garrett, while the Indianapolis Colts are beginning to find success again with their former top pick Andrew Luck.

Here’s a look at the top picks over the last decade and where their careers have gone. 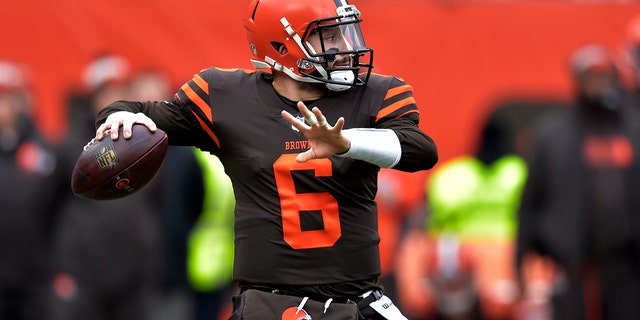 Cleveland Browns quarterback Baker Mayfield throws during the first half of an NFL football game against the Cincinnati Bengals, Sunday, Dec. 23, 2018, in Cleveland. (AP Photo/David Richard)

The Browns selected Baker Mayfield as the top pick last year in a quarterback-rich draft that created a national debate about which passer the Browns would — or should — take. It took until Week 3 against the New York Jets for Mayfield to get in a game, but he helped the Browns to a win — which had been a nearly-extinct stat in recent years for Cleveland.

He went on to lead the Browns to a 7-8-1 record, throwing 27 touchdowns in 14 games and setting a record for the most thrown by a rookie.

Mayfield appears primed for a sophomore surge with a new weapon, wide receiver Odell Beckham Jr., and the Browns could be making a playoff push this season. 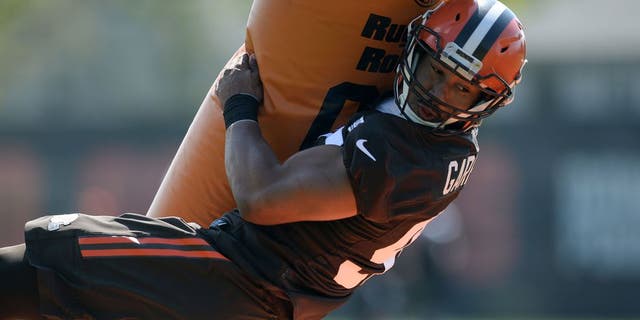 The Browns also had the No. 1 pick in 2017 — the back-to-back top selections a blessing, but also a tribute to the franchise’s futility — and opted to take Myles Garrett out of Texas A&M. Garrett, a brooding defensive lineman, only played 11 games his rookie season but stepped up in his sophomore campaign. 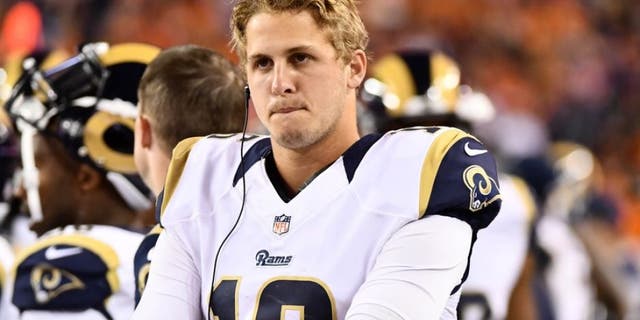 Los Angeles Rams quarterback Jared Goff (16) on his sidelines during the second half of a preseason game against the Denver Broncos at Sports Authority Field at Mile High. (Ron Chenoy-USA TODAY Sports)

It took some time for Jared Goff to get going, but when the Los Angeles Rams put the right pieces around him, Goff took off, helping lead the team to a Super Bowl appearance last season.

Goff was taken with the No. 1 pick in the 2016 NFL Draft and only played in seven games his rookie season.

But last season he came into his own, with the two-time Pro Bowl quarterback throwing for 4,688 passing yards and 32 touchdown passes. 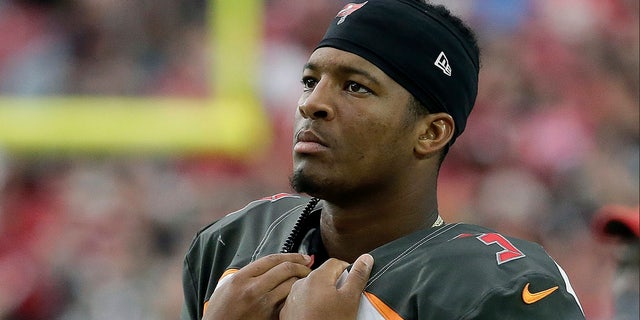 Jameis Winston isn’t having the career the Tampa Bay Buccaneers imagined — or at least hoped for — when he was selected No. 1 overall out of Florida State in 2015.

Despite tossing 88 career touchdown passes (and 58 interceptions), Winston has only put together one season in which his team posted a winning record and has never made the playoffs. He did, however, appear in one Pro Bowl.

Winston was also embroiled in an investigation over an alleged sexual assault in 2017 and was suspended for three games in 2018 over the incident. As a result, he briefly lost his quarterback job to journeyman Ryan Fitzpatrick and only started nine games for Tampa Bay last season. 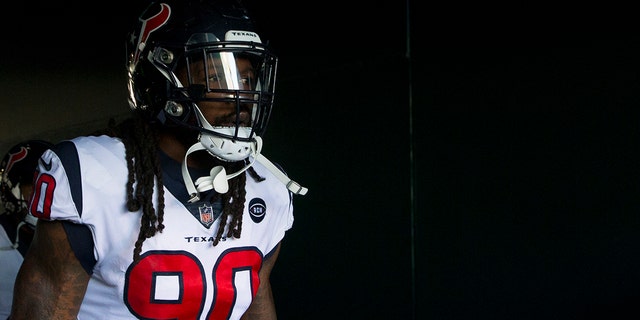 Jadeveon Clowney #90 of the Houston Texans walks on the field prior to the game against the Philadelphia Eagles at Lincoln Financial Field on December 23, 2018 in Philadelphia, Pennsylvania. The Eagles defeated the Texans 32-30.  (Mitchell Leff/Getty Images)

The Houston Texans took powerhouse defensive lineman Jadeveon Clowney with the No. 1 pick of the 2014 NFL Draft. He was slow to get back on track after being derailed due to injuries in his first two seasons — but he’s made up for it over the last three years.

Clowney has made the Pro Bowl in three straight seasons. In the last two seasons, he’s recorded nine or more sacks. Clowney has helped turned the Texans’ defensive line into a powerful force and he should continue to be dominant alongside fellow defensive star J.J. Watt. 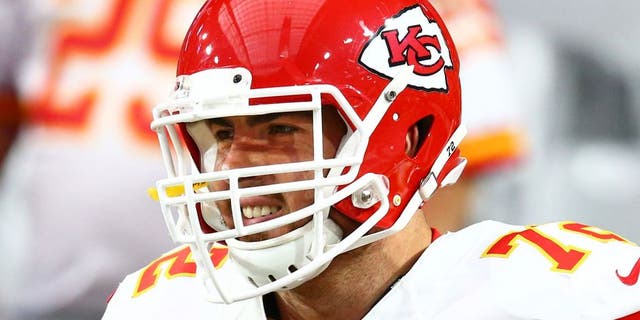 The Kansas City Chiefs selected Eric Fisher with the No. 1 pick in the 2013 NFL Draft in a move designed to shore up the team’s offensive line.

He may not have been the best or most flashy selection of the No. 1 overall picks in the last 10 years, but a Pro Bowl appearance last season, and the Chiefs deep run in the playoffs may have put some minds at ease.

Fisher has also played in every regular season game since his rookie year. 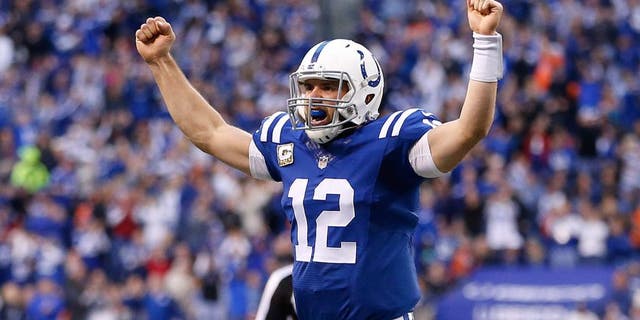 The Indianapolis Colts decided to go with Andrew Luck over Robert Griffin III in the 2012 NFL Draft. Luck helped the Colts to the playoffs in each of his first three seasons, creating hope that Peyton Manning’s successor could soon secure a Super Bowl.

However, a shoulder injury threw everything into disarray. He only played in seven games in 2015 and missed the entire 2017 season. There was worry over whether Luck would ever be the same again.

Those fears were quieted last season, though, when Luck led the Colts back into the playoffs with a 10-6 record and a near career-high in passing yards (4,593) and touchdown passes (39). 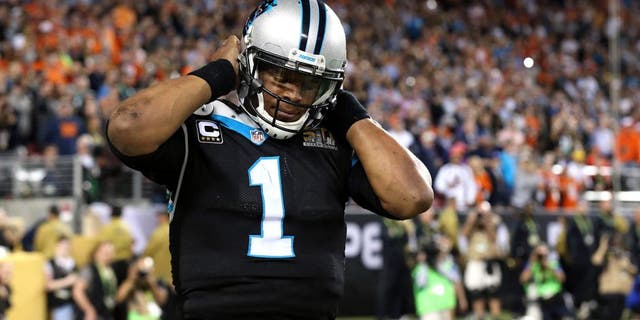 On the heels of his national championship with Auburn, the Carolina Panthers selected Cam Newton with the No. 1 pick of the 2011 NFL Draft. It would only take a few years for Newton to lead the team to a Super Bowl, though Carolina lost.

Still, confidence in Newton has paid off for the Panthers. He won an MVP award in 2015 and was an All-Pro selection. The same year, he led the Panthers to a 15-1 season. 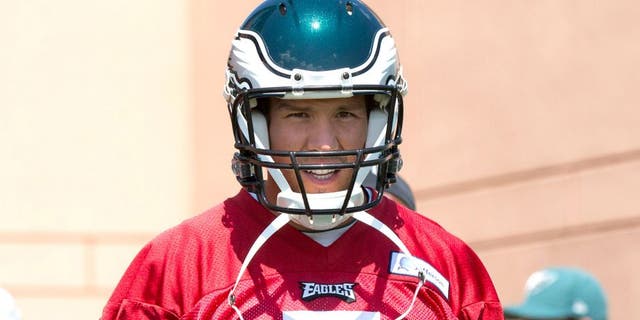 Sam Bradford may have had the wildest career of the recent No. 1 draft picks. He was originally taken by the St. Louis Rams in the 2010 NFL Draft and started 16 games his rookie season.

But after his rookie year, Bradford became plagued by injuries, particularly involving his knee. After missing the entire 2014 season, he was traded to the Philadelphia Eagles, but he never took flight in the City of Brotherly Love. The next season, he was on the move again, traded to the Minnesota Vikings and putting together a palatable 7-8 record and leading the league in completion percentage (71.6 percent).

In 2017, he played in only a single game — the first of the season — before going on the shelf due to another knee injury. Bradford latched onto the Arizona Cardinals in 2018, but had been replaced by rookie Josh Rosen by Week 3 .He is currently a free agent. 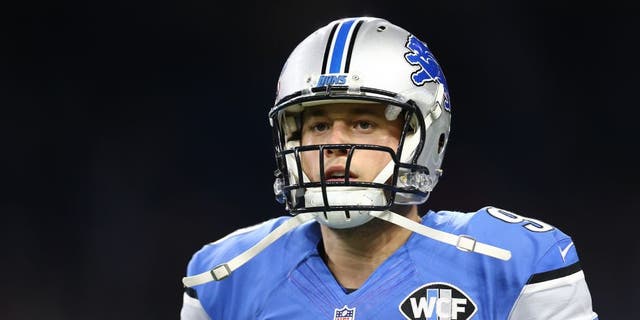 Quarterback Matthew Stafford #9 of the Detroit Lions walks to the sidelines in the fourth quarter against the Chicago Bears at Ford Field on December 11, 2016 in Detroit, Michigan. (Rey Del Rio/Getty Images)

The Detroit Lions selected Matthew Stafford with the first pick in the 2009 NFL Draft. Though he would only play 13 games in his first two seasons, Stafford would eventually go on to rank among the top quarterbacks in the league.

He’s been named to one Pro Bowl and was the 2011 AP Comeback Player of the Year. However, he’s only played in three playoff games — and lost all of them.