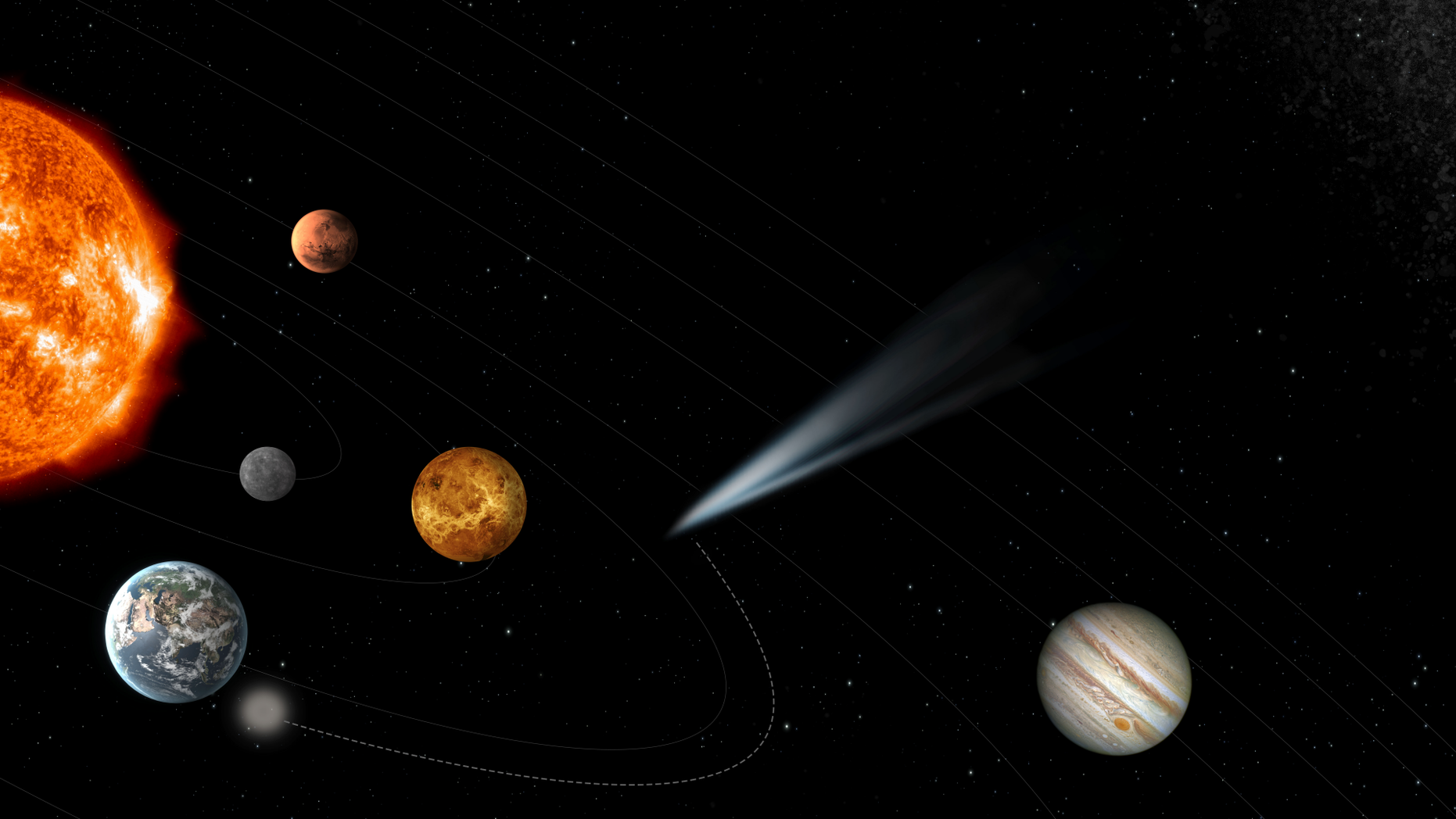 A graphic of the spacecraft’s course to intercept the comet as it enters the inner solar system.

A new mission will intercept an undiscovered comet en route to Earth’s orbit, the first of its kind to observe a pristine interstellar object as it enters the inner solar system.

Three spacecraft will capture snapshots of the comet from different angles, creating a 3D profile of the object and characterizing its surface, composition, shape and structure.

The “Comet Interceptor” was selected by the European Space Agency (ESA) on June 19 as the latest “fast” or F-class mission — in reference to its quick implementation. The mission’s proposal was submitted to ESA in March, and it is scheduled to launch in 2028.

“Pristine or dynamically new comets are entirely uncharted,” Günther Hasinger, ESA’s director of science, said in a statement. “[They] make compelling targets for close-range spacecraft exploration to better understand the diversity and evolution of comets.”

Previous ESA missions to study comets, such as Giotto and Rosetta, have observed short-period comets that have approached the sun several times in recent history and therefore have undergone significant observable changes, according to the statement. Comet 67P/Churyumov-Gerasimenko, which the Rosetta spacecraft orbited from 2014 to 2016, swings by the sun every 6.5 years. And in 1986, the Giotto spacecraft flew by Halley’s Comet, which has an orbital period of 76 years.

This mission is unique in that it will observe a comet that has not yet interacted with the solar wind environment — and it will launch before its target has been discovered. By observing a pristine comet as it enters the solar system, it can provide information on the evolution of comets as the undiscovered comet will likely contain material that has not yet been altered since the birth of the solar system, the statement added.

In the past, it was difficult to implement this sort of mission. The time frame between discovering a pristine comet and being able to launch a spacecraft to intercept its journey was typically less than a year — too short to prepare and launch a mission. However, recent advances in observational surveys have allowed the discovery of comets while they are much farther away, according to the mission’s website.

Comet Interceptor will hitch a ride to space on ESA’s Ariel exoplanet-hunting mission, which is expected to launch in 2028. Both missions will go to the sun-Earth L2 Lagrange point, which is located about 1 million miles (1.5 million kilometers) away from Earth on the opposite side as the sun. From there, the parked Comet Interceptor will use its own propulsion system to chase down its target after the comet has been selected.