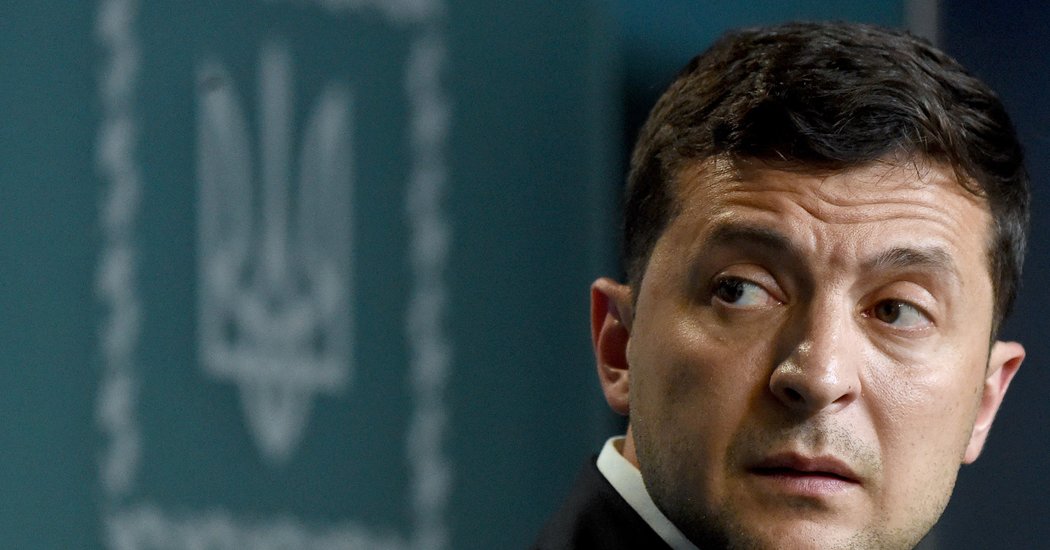 WASHINGTON — President Trump on Saturday dismissed news reports that he urged the Ukrainian president to investigate former Vice President Joseph R. Biden Jr.’s son as little more than a “witch hunt” and said his dealings were “perfectly fine” and routine.

“Now that the Democrats and the Fake News Media have gone ‘bust’ on every other of their Witch Hunt schemes, they are trying to start one just as ridiculous as the others, call it the Ukraine Witch Hunt,” Mr. Trump wrote on Twitter. He said that any effort to investigate him would fail, comparing it to the investigation by Robert S. Mueller III, the special counsel, into his ties to Russia during the 2016 campaign

The news reports he was referring to have revealed the existence of a secret whistle-blower complaint that is believed to have been filed, at least partly, in response to Mr. Trump’s dealings with Ukraine’s new president, Volodymyr Zelensky. The New York Times reported Friday that Mr. Trump, in a July call, pressed the Ukrainian president to investigate Mr. Biden’s son, according to a person familiar with the conversation.

Mr. Trump, intensifying a line of attack he and his allies have stoked for months, said the real problem was Mr. Biden, who according to most polls is the leading candidate in a crowded Democratic field and has framed himself as the most likely to defeat Mr. Trump in the general election.

“The Fake News Media and their partner, the Democrat Party, want to stay as far away as possible from the Joe Biden demand that the Ukrainian Government fire a prosecutor who was investigating his son,” Mr. Trump wrote, “so they fabricate a story about me and a perfectly fine and routine conversation I had with the new President of the Ukraine.”

No evidence has surfaced to bolster Mr. Trump’s claim that the former vice president intentionally tried to help his son by pressing for the prosecutor general’s dismissal.

Another tweet from Mr. Trump, which featured his campaign’s phone number, included a series of video clips featuring journalists, including some from The New York Times, discussing Mr. Biden and Ukraine on television news programs.

Citing the reports by journalists seemed ironic given the president’s claim that the media had not reported on Mr. Biden. But the tweets signaled that Mr. Trump and his campaign organization would be doing as much as possible to sow doubt about Mr. Biden.

Friday’s reports on the president drew strong reactions from top Democrats and, for some, brought a new urgency to calls for Mr. Trump’s impeachment.

“There is no bottom. Impeach him,” Beto O’Rourke said on Friday evening.

And Joe Walsh, a former congressman from Illinois who has launched a long-shot challenge to Mr. Trump for the Republican presidential nomination, urged others in his party who were alarmed by the president’s behavior to come forward.

“He doesn’t believe in the rule of law,” Mr. Walsh wrote on Twitter on Saturday morning. “He abuses his power whenever he wants. He lies at will. He doesn’t know the meaning of checks & balances. And he sees nothing wrong with telling a foreign government to dig up dirt on his opponents. Come on Republicans. Be better than this.”

Mr. Biden, for his part, has dismissed the president’s attacks.

“If these reports are true, then there is truly no bottom to President Trump’s willingness to abuse his power and abase our country,” he said in a statement released after The Times and other new organizations, including The Wall Street Journal and Washington Post, reported Mr. Trump’s conversations with Mr. Zelensky. “This behavior is particularly abhorrent because it exploits the foreign policy of our country and undermines our national security for political purposes.”

For years, the Bidens have faced questions about the association of Mr. Biden’s son, Hunter Biden, with one of Ukraine’s largest natural gas companies, and whether or not there was any connection to Mr. Biden’s efforts as vice president to remove a Ukrainian prosecutor whose office had authority over investigations of the oligarch whose company paid his son.

Mr. Biden’s son earned as much as $50,000 per month in some months for his work for the company, Burisma Holdings. This year, the current Ukrainian prosecutor general reopened an investigation into Burisma just as Mr. Biden began his 2020 presidential campaign.