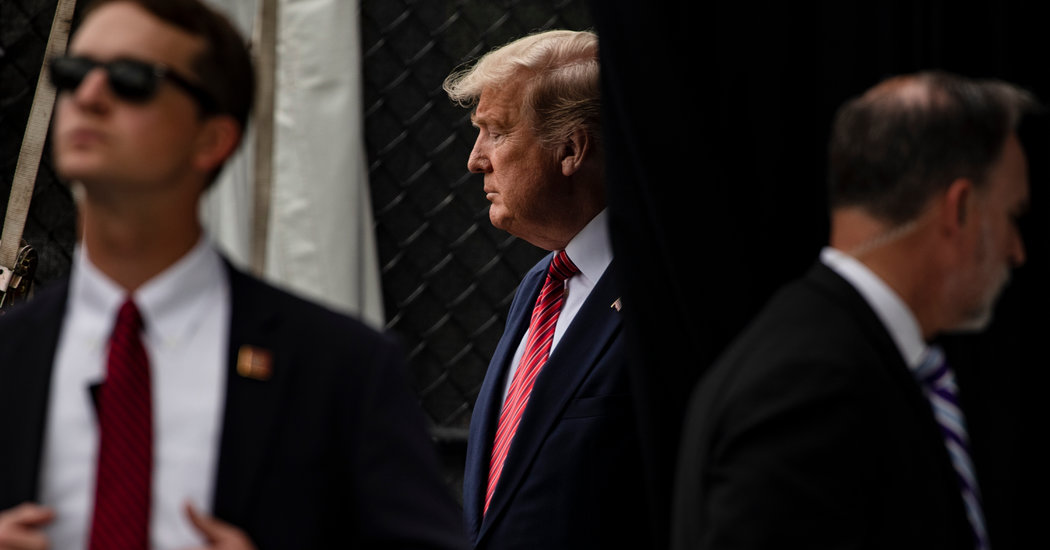 WASHINGTON — President Trump threatened on Tuesday to sue “everyone” involved in the now-closed special counsel inquiry and continued his attacks on the federal case against his longtime friend and adviser Roger J. Stone Jr.

“If I wasn’t President, I’d be suing everyone all over the place. BUT MAYBE I STILL WILL. WITCH HUNT,” Mr. Trump wrote in a series of Twitter posts, after lumping a string of perceived and disproved miscarriages of justice dating back to the 2016 presidential campaign.

These were Mueller prosecutors, and the whole Mueller investigation was illegally set up based on a phony and now fully discredited Fake Dossier, lying and forging documents to the FISA Court, and many other things. Everything having to do with this fraudulent investigation is…

Mr. Trump also quoted a Fox News legal analyst, Andrew Napolitano, who opined Tuesday morning on “Fox and Friends” that the judge overseeing the Stone case, Justice Amy Berman Jackson of the U.S. District Court in the District of Columbia, should approve Mr. Stone’s recent request for a new trial.

On Thursday, Attorney General William P. Barr complained publicly that the president’s tweets undermined his work at the department. And on Sunday, more than 1,100 former federal prosecutors called on Mr. Barr to step down from his post after he interfered to lower a sentencing recommendation from the Justice Department for Mr. Stone.

Four prosecutors working the Stone case, which stems from the special counsel investigation into Russian election meddling, quit in protest of the Justice Department’s actions.

Later Tuesday morning, Judge Jackson is expected to hold a conference call with lawyers on the case, including the four prosecutors.

Mr. Stone was convicted last year of lying to Congress and witness tampering in an effort to prevent investigators from learning how officials from Mr. Trump’s 2016 campaign sought to benefit from the release of documents stolen from Democrats.