Trump Is Not Well: Accepting the reality about the president’s disordered personality is important—even essential. 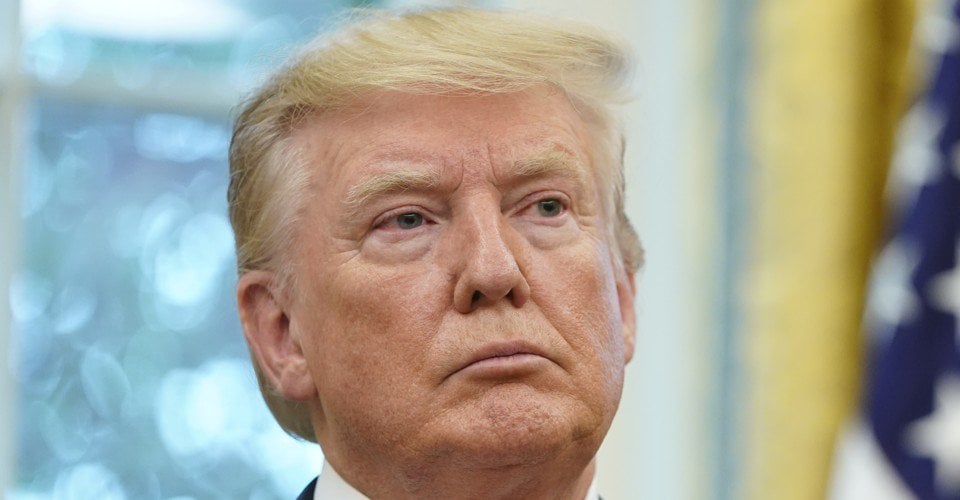 Trump is a massive problem, but the real problem in the US is that their is no Congress.

The US Senate is completely broken, and for all intents and purposes does not even exist anymore as any type of functioning body. No legislation can be written there, no bills can pass through there, no nominees for high office can be vetted or denied appointment because the Senate now serves as an institution that selects a Majority Leader to act as a shadow president, nothing more. The Senate shadow president has an absolute veto over any and all legislation, much more powerful than the actual President’s veto because it cannot be overridden.

The parties completely control the Senate, and the individual Senators are mere proxies for their party, which is why they are not swayed by any rational argument and are content to be a mere rubber stamp (if their party is president) or an impenetrable roadblock (if the other party is president). Foreign governments have enormous influence over the GOP, yet the GOPs power in the Senate stems from a structural advantage that can never be overcome because it flows from a handful of empty rural states that have permanently Republican voting populations that will not ever change (or may take 50+ years to change). There is this a permanent “balance” in the Senate divided roughly equally between GOP and Democrat when counted by number of states, but is entirely unbalanced when looked at by population represented, because the two Democrats representing California alone represent more constituents than a dozen GOP Senators from the Midwest and mountain states. The Senate has become a House of Lords filled with party functionaries from empty burroughs, and it is almost impossible to constitutionally fix.

Without a Senate, the Congress is powerless. The House can only pass non-binding resolutions and pursue endless investigations, which is better than no action, but is not a check on a lawless president like Trump.

Trump is able to assume the powers of Congress, such as proclaiming the unilateral authority to impose duties and taxes on any foreign imports at any time of his choosing, for example, because there is no Congress to check him. Even as I write this, he is impounding finds appropriated by Congress for one purpose, and redirecting those funds to a border wall that Congress refused to authorize and pay for. This is extraordinary, and has never happened in US history. It is only possible because there is no functioning Senate.

The lack of a Congress is infinitely more troubling than one rouge President. Trump can do a lot of damage, but the lack of a Congress means that the people have effectively no voice in governing, save for a crapshoot vote for Presidential “dictator” every 4 years, presuming that a future president (or Trump) doesn’t simply eliminate elections altogether, an action that wouldn’t be contested by the current “Congress.” And even the legitimacy of presidential elections is suspect given the current situation where millions more vote for the losing candidate, but the structural advantages of rural voters as institutionalized by the electoral college mean that presidents are elected without winning the popular vote.

All of this is to say that the US democratic experiment is nearing its end. The Congress functioned for 200+ years because the Senate was an institution guided by apolitical norms present from the founding, and individual senators were statesmen rather than party functionaries. That system is dead now; the influence of big money is so strong now that the statesmen have died or retired, and the parties now completely control the Senate.

Eventually, people will wake up and be angry about it. That may happen when the economy crashes or when there is another foreign attack on US elections and no repercussions because the Congress cannot act. If the economy turns sour and the people are stuck with a president and Senate selected by Moscow, the entire government could come crashing down in revolution, the stakes are really that high.