Trump Pushes Conspiracy Theory That Twitter Is Limiting His Reach 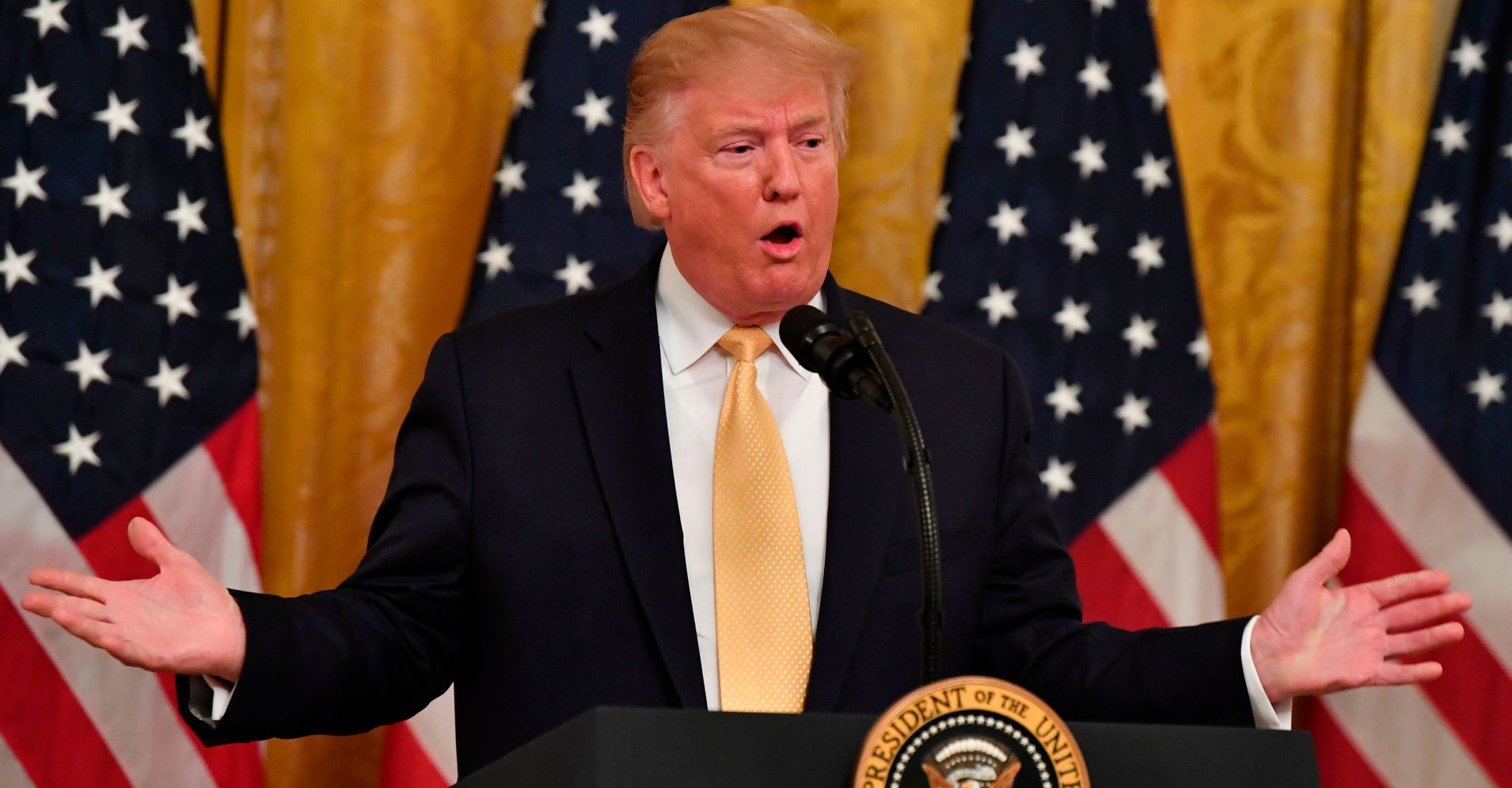 President Donald Trump on Thursday peddled the baseless conspiracy theory that conservatives’ social media engagement is being limited by social media platforms in some nefarious plot to silence them politically.

The president didn’t provide a shred of evidence when he told a room full of conservative influencers, bigots and conspiracy theorists at his White House Social Media Summit that his follower counts weren’t what they used to be because Twitter was purposefully holding him back.

Without evidence, TRUMP suggests Twitter is limiting his followers, retweets and likes.

He claimed ― also without evidence ― that the platforms were blocking people from following him, though he did note that he was “hotter than ever” on Twitter.

Conservatives have long maintained that they’re being treated unfairly by the platforms because of their political views, though many of their more specific claims either are unproven or have been proven false. At the same time, some of the most outspoken voices on the right boast gargantuan follower counts and enjoy enormous reach. Trump bragged on Thursday that he had “way over 100 million” followers across multiple platforms.

Meanwhile, the list of conservative voices who have been banned or suspended for breaking the platforms’ terms of service ― usually surrounding their hate speech policies ― is constantly growing. Infowars host Alex Jones was banned from Facebook, Apple, YouTube and Spotify for peddling in racist and violent conspiracy theories. Career Islamophobe Laura Loomer handcuffed herself to Twitter headquarters after she was banned for breaking the platform’s terms of service. The Proud Boys extremist gang and their founder, Gavin McInnes, have been banned from multiple platforms for doing the same. Rep. Matt Gaetz (R-Fla.), who was reportedly invited to Trump’s event, has repeatedly fielded complaints about the racism and threats that he’s tweeted.

Trump said at the end of his long, rambling speech that he would invite representatives from the platforms to the White House at a later date to discuss his claims. (Spokespeople for Twitter, Facebook and Google said they weren’t invited to Thursday’s summit.)

Twitter declined to comment on Trump’s allegations directly, but a spokesperson said about general claims of bias, “We enforce the Twitter Rules impartially for all users, regardless of their background or political affiliation. We are constantly working to improve our systems and will continue to be transparent in our efforts.”