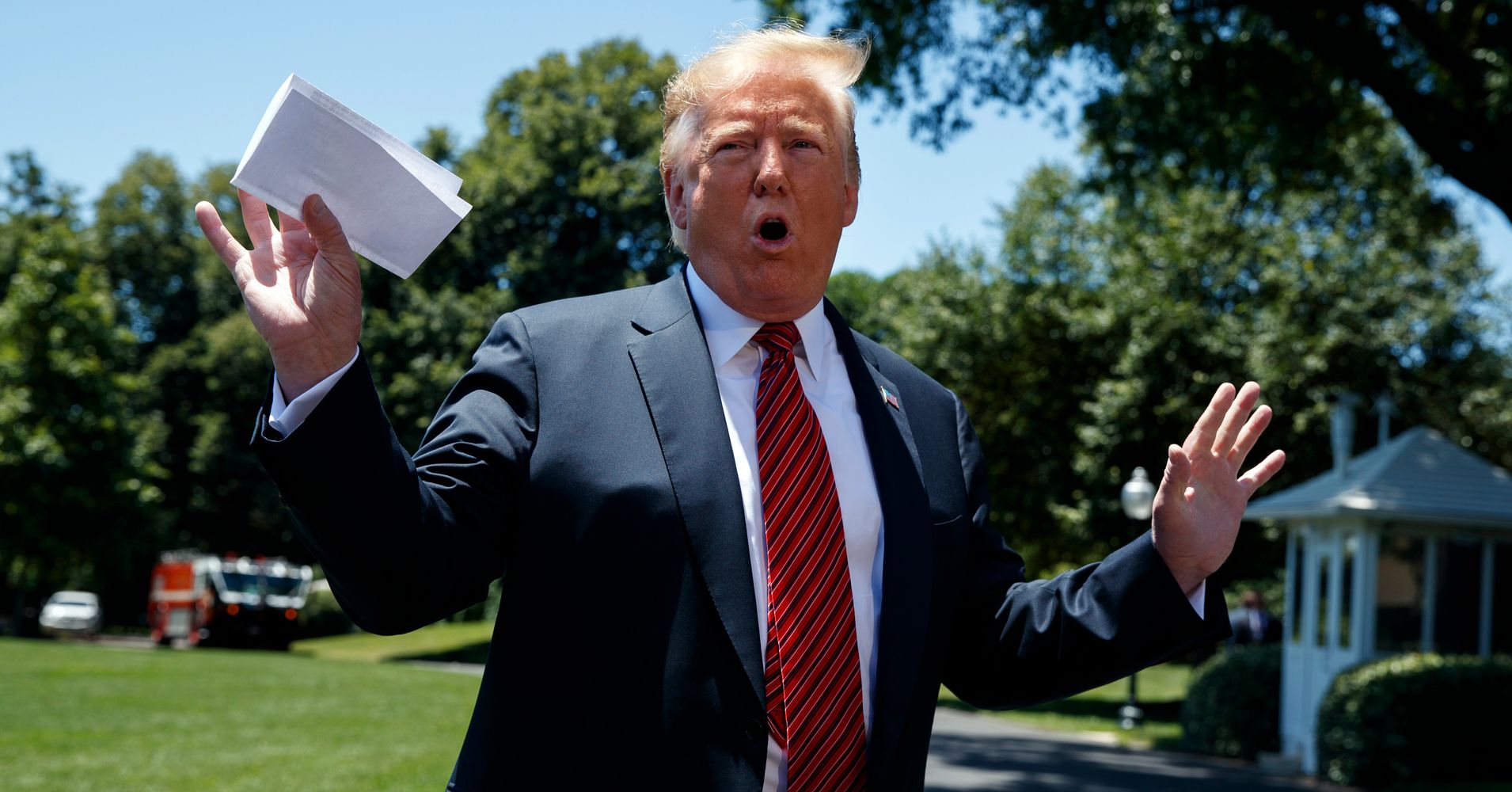 President Donald Trump said this week that he wouldn’t have allowed the CIA to recruit Kim Jong Un’s family members as informants to spy on the North Korean dictator. The pronouncement marked the latest instance in which the president has appeared to side with a foreign adversary over the U.S. intelligence community.

Speaking to reporters at the White House on Tuesday, Trump responded to reports that Kim’s estranged half-brother, Kim Jong Nam, had been working with the CIA prior to his murder in February 2017. Trump claimed he knew nothing about the allegations, but said such spying would not have happened on his watch.

“I know this: that the relationship [with Kim] is such that that wouldn’t happen under my auspices,” Trump said, according to CNN.

The president added that he’d received “a beautiful letter” from Kim and that he believed the North Korean leader had “kept his word” on suspending nuclear and missile testing. Trump’s remarks contradicted his own national security adviser’s assertion, made earlier in the day, that Kim was violating the terms agreed upon at the 2018 summit in Singapore.

WSJ has reported that Kim Jong Nam, the murdered half-brother of North Korean leader Kim Jong Un, had been a source for the CIA.

President Trump says that he wouldn’t allow such an arrangement “under my auspices” because of his relationship with Kim Jong Un. pic.twitter.com/pAvxKH45Nq

Kim Jong Nam died after being attacked with VX nerve agent in Kuala Lumpur International Airport in Malaysia. The Wall Street Journal reported Monday that the dead man had been a CIA informant who’d traveled to Kuala Lumpur from his home in Macau to meet with a contact from the intelligence agency.

A book by Washington Post reporter Anna Fifield published on Tuesday corroborated this claim. According to “The Great Successor,” Kim Jong Nam had provided information about the North Korean regime during meetings with American spies. Fifield said the informant had traveled to Singapore and Malaysia on a number of occasions to meet his handlers.

The CIA has yet to respond to the reports.

The president’s comments about the agency’s alleged methods have raised concerns that he could be stripping the U.S. intelligence community of an important tool.

“America, this tells you all you need to know about our so-called ‘Commander-in-Chief,’” Rice wrote.

America, this tells you all you need to know about our so-called “Commander-in-Chief” https://t.co/2hBOQUKe3I

Jung H. Pak, a Brookings Institution senior fellow and former U.S. intelligence official, told Reuters that Trump needs to “understand that to keep the nation safe,” agencies like the CIA need “to be able to do its job gathering and analyzing intelligence that will support the full range of diplomatic, military, and economic policies and initiatives.”

″[An] untold number of CIA officers, staff, and others put their lives on the line to get the best intel to protect our national security,” she later tweeted.

PSA: an untold number of CIA officers, staff, and others put their lives on the line to get the best intel to protect our national security and support POTUS’s policy priorities. https://t.co/DFx0ij3Xux

Trump has publicly clashed with U.S. intelligence agencies in the past.

Last year, he said he believed Vladimir Putin’s assertions that Russia had not interfered in the 2016 presidential election ― despite U.S. intelligence proving otherwise.