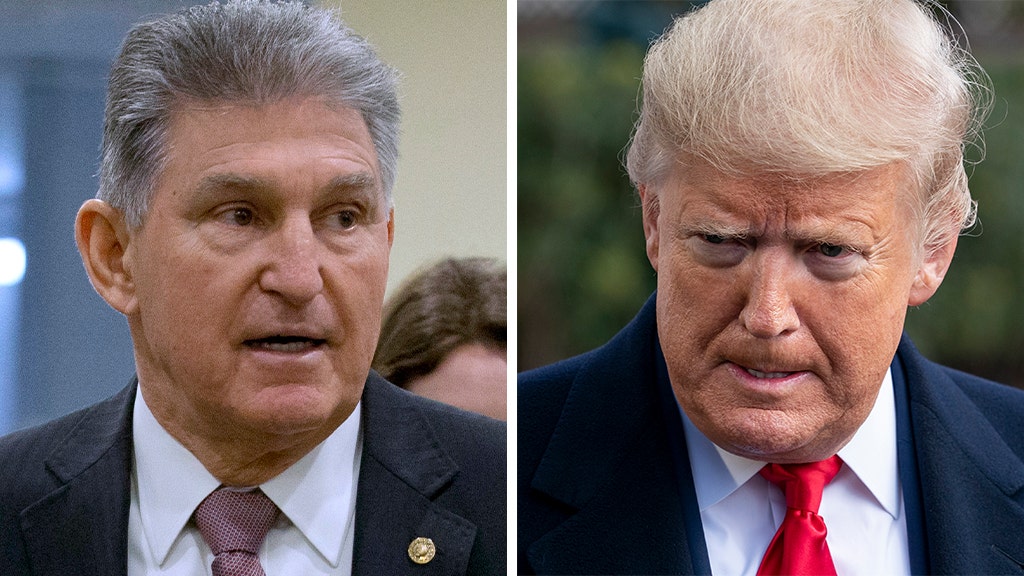 President Trump on Friday continued his assault on Sen. Joe Manchin even though the moderate Democrat signaled he wants to make peace with the president after his impeachment guilty vote.

“I was told by many that Manchin was just a puppet for Schumer & Pelosi. That’s what he is!” Trump tweeted.

Manchin, D-W.Va., did not cross party lines to vote with Republicans and found Trump guilty in the Senate impeachment trial, denying the GOP a chance to tout a bipartisan acquittal. Instead, the lone party defector of either side was Republican Sen. Mitt Romney.

Manchin said he will be more open to backing Trump if he thinks West Virginia has been better off under the president and if the Democrats nominate someone who is too out of step with his centrist beliefs.

“I hope he changes,” Manchin said of Trump. “I’m looking for that person that has heart and soul and compassion.”

Since Trump’s impeachment acquittal, the president has taken a victory lap and began exacting revenge on those he’s deemed disloyal. He’s blasted Romney and forced out Lt. Col. Alexander Vindman and Ambassador Gordon Sondland, who testified in his impeachment probe.

While Trump and Manchin have forged a relationship before, the president has ridiculed him on Twitter as “Munchkin” since his impeachment vote.

Trump, who is very popular in West Virginia, campaigned against Manchin during his 2018 reelection. But Manchin forgave him immediately afterward and now hopes the president can also move on from impeachment grudges.

“It’s not different [from] when he wanted to have lunch the week after I was elected. And he said: ‘I knew we couldn’t beat you.’ And I said, ‘It wasn’t for lack of trying.’ Boom, it’s over, let it go. I did. I’m asking him to do the same thing I did,” Manchin said at the time. “He tried to remove me.”