A Republican congressman has encouraged President Trump to ignore the Supreme Court and print the 2020 U.S. Census with the question about citizenship, as the president mulls an executive order.

Rep. Chip Roy, who represents the Lone Star State’s 21st Congressional District — covering much of the area north of San Antonio, plus much of Austin — made the call on social media amid the controversy over the census citizenship question that caused some confusion within the Trump administration on whether the question will appear on the survey.

“It’s the lawyers advising him,” Roy wrote in a tweet. “[Trump] should ignore them. Completely. Print the Census with the questions — and issue a statement explaining why — ‘because we should.’ Done.”

The Supreme Court last week blocked the citizenship question for the time being until more reasoning from the administration can be provided.

This prompted Commerce Secretary Wilbur Ross to initially announce that his department would print the census without the citizenship question amid the Supreme Court objections. 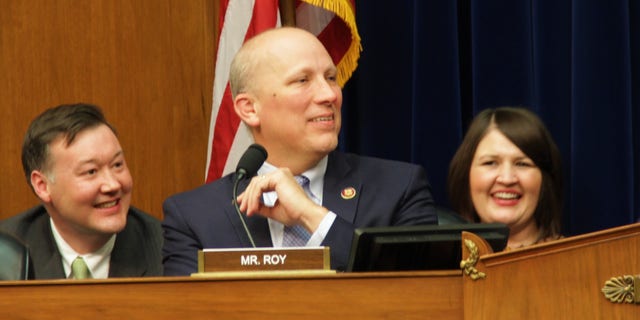 Rep. Chip Roy, R-Texas, made the call on social media amid the controversy over the census citizenship question that caused some confusion within the Trump administration of whether the question will appear on the survey. (Associated Press)

“The Census Bureau has started the process of printing the decennial questionnaires without the question,” Ross said in a statement. “My focus and that of the bureau and the entire department is to conduct a complete and accurate census.”

The Texas congressman, a freshman Republican, fired back on social media after being accused of openly calling on Trump to ignore the high court.

“Lawless is the state of our border. Lawless is being ruled by Judges on matters of policy choices,” he tweeted. “Lawless is NOT rightly advising the President to follow the Constitution and include a citizenship question on the census — particularly in light of the opinion.”

Trump has been critical of the Supreme Court block, attacking it as “totally ridiculous” that the U.S. government “cannot ask a basic question of Citizenship.”

DEROY MURDOCK: TRUMP BOTCHES CITIZENSHIP QUESTION WITH TOO MUCH LAWYERING AND TOO LITTLE EXPLANATION

On Wednesday, Trump said that reports that that Commerce had dropped the “quest” to put the question on the census were “fake!”

“We are absolutely moving forward, as we must, because of the importance of the answer to this question,” he tweeted.

On Thursday Trump said his administration is still working to add the question on the census, with reports saying he’s mulling an executive order to do so, a move that would lead to a showdown between his administration and the Supreme Court.

“So important for our Country that the very simple and basic ‘Are you a Citizen of the United States?’ question be allowed to be asked in the 2020 Census,” he tweeted.

“The administration is considering the appropriateness of an executive order that would address the constitutional need for the citizenship question to be included in the 2020 census,” a source told Axios.