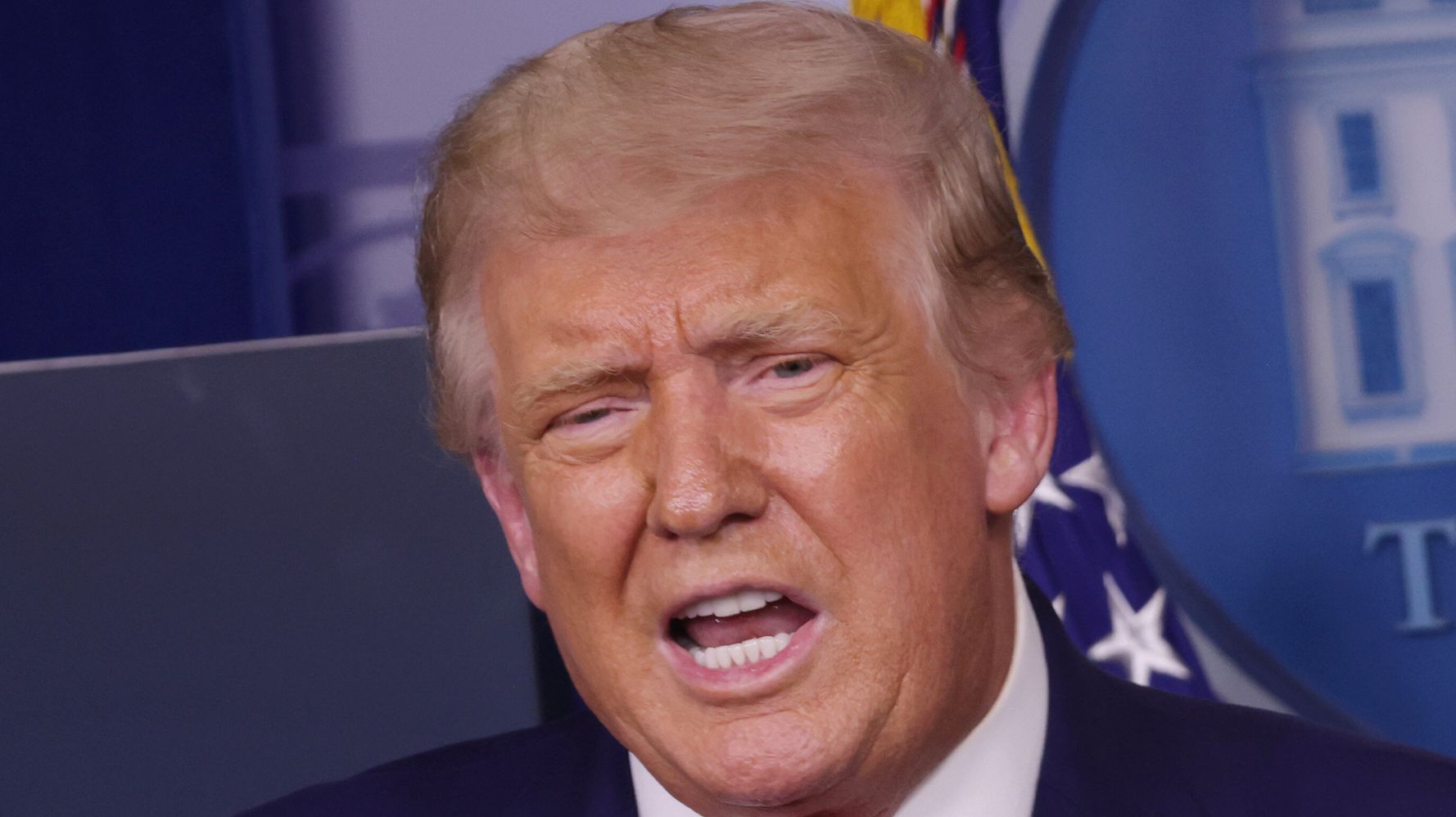 President Donald Trump was called out on Wednesday for bragging that the U.S. death toll from the coronavirus would be lower if one subtracted the deaths from “blue” states.

“The blue states had tremendous death rates,” Trump said. “If you take the blue states out, we’re at a level that I don’t think anybody in the world would be at, we’re really at a very low level.”

Trump’s boast wasn’t even factually accurate; as many critics pointed out on social media, the United States would still have one of the world’s worst tolls from the virus even without deaths from “blue” states.

In any case, Trump is president of all 50 states, each of which is populated with both Democrats and Republicans. And the Trump administration’s delayed response to the virus ― as well as the president’s confession to Bob Woodward that he downplayed the threat early on ― impacted everyone:

Trump bothers me in so many ways. But I really cant stand this — dividing our country into “blue states” and “red states” when discussing a virus killing ALL Americans. It’s just so un-American. (BTW, 4.9 million Californians voted for Trump in 2016) https://t.co/aYjxQgbXK4

The deaths in the blue states don’t count is one probably the sickest and most honest belief I’ve heard Trump express.

Obama in 2004: “The pundits like to slice-and-dice our country into Red States and Blue States…But I’ve got news for them…We are one people.”

Disgusting Trump #COVID19 statement, “if you take the blue states out, we’re at a level I don’t think anybody in the world would be at.” 😡

➡️ There is no blue America or no red America. There is only the UNITED STATES of America. pic.twitter.com/xZwNzGcKP2

Contrary to Trump’s attempt at deflection, most coronavirus deaths since mid-June have been in red states. Now, nearly three-quarters are.

Take out blue state deaths and we still have the second-highest death toll globally. https://t.co/uxvgKFuShG

it is sometimes very difficult, still, to believe this person is actually our president. (though clearly he doesn’t consider himself my president, since i live in a blue state) https://t.co/Rn4jLGSQnu

Donald Trump doesn’t care when people in Blue States die. He doesn’t even think we count.

Most of the people in America live in Blue States.

Trump said today that blue states are to blame for COVID deaths.

First, it’s the President’s job to protect the country. The whole country. All the states. Trump failed.

Second, of the six states with the most COVID deaths so far, half have Dem Govs, half have GOP Govs. pic.twitter.com/QS6vOGFRw8

Why would the president ever — ever — when talking about American COVID deaths, start a sentence with, “If you take the blue states out…”?

If you take out the “blue states” and blue cities from federal revenue, the red states collapse. This is not a game Republicans should be playing. https://t.co/bsixWDL24Z

“If you take the blue states out” will be remembered as one of the most callous sentiments ever uttered by an American president…. if it’s remembered at all. https://t.co/5sdB31C5Jb