Union support could be critical in crowded 2020 Democratic field

LAS VEGAS — As the race for 2020 ramps up, the crowded field of Democratic presidential candidates all vying for the same seat in the Oval Office are turning to union workers to help separate them from the pack.

“They are the Get Out The Vote. They are the money. They are the ones that are going door to door and really providing the political oomph behind a lot of Democrat candidates,” Vincent Vernuccio, a senior fellow at the Mackinac Center for Public Policy said.

Several Democratic hopefuls stopped in Nevada last week to try and court union workers at the Service Employees International Union forum on wages and working people, in a state in which union members represent roughly 14 percent of the workforce, according to the Bureau of Labor Statistics (BLS).

“We will reverse the Janus decision, and make sure that unions can succeed,” former Colorado Gov. John Hickenlooper told a crowd of union workers as they cheered. 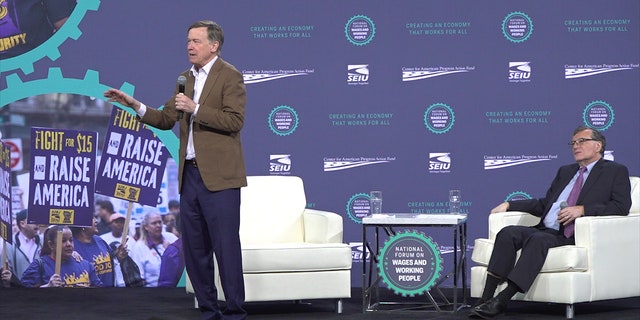 Approximately 10.5 percent of all American workers in 2018 were members of unions, according to the BLS.

Despite being a relatively small part of the electorate, Democratic strategist Robert Fisk says with such a large number of candidates, union votes could make all the difference.

“Say you have four or five people at 13, 14, 15 percent and all of a sudden you have your firefighters or your [Service Employees International Union] or your AFL-CIO or something like that, that can bump you into the 16, 17 point world — that can be enough to win in a crowded field.”

During the SEIU forum, candidates touted their economic and healthcare policies, including a $15 minimum wage, universal healthcare as well as repealing the GOP tax cut.

“On day one, we’re going to repeal that tax bill that benefitted the top 1 percent of the biggest corporations,” Sen. Kamala Harris and presidential candidate said to applause from the crowd. 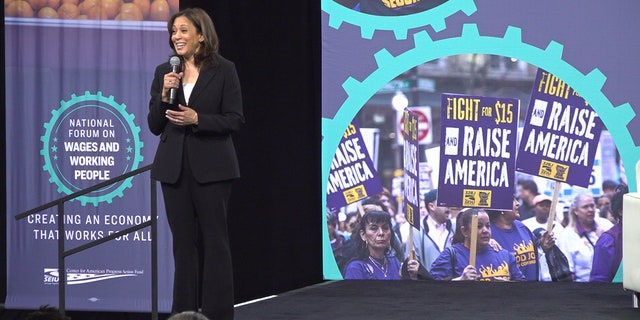 Sen. Kamala Harris tells union workers she will repeal the GOP tax cut if she were to be elected president, April 27, 2019 at the SEIU forum in Las Vegas. (Ben Brown/Fox News)

While raising the minimum wage and offering universal healthcare received thunderous applause and cheers during last week’s forum, Ryan Bourne, who is the R. Evan Scharf Chair for the Public Understanding of Economics at Cato, said the presidential candidates touting these policies are missing the underlying issue.

“The problem is in advocating solutions which are effectively just taxing, regulating and trying to spend government money, ultimately taxpayer money on these programs — they’re not getting at the heart of why these things are expensive or not providing value for money in the first place.”

When it comes to repealing the GOP tax cuts, Bernard Weinstein, economist and associate director of Southern Methodist University’s Maguire Energy Institute, doesn’t think it “would be good public policy. ”

“Right now we have what I like to call a Goldilocks economy — it’s not too hot it’s not too cold. The economy has grown steadily for a decade, we have a very low unemployment rate, we have lots of jobs available,” Weinstein said. “Without question, the tax cuts have something to do with that and I would not want to upset the apple cart now.”

Nevada could be particularly critical as Election Day nears because of the ability unions have to motivate voters. 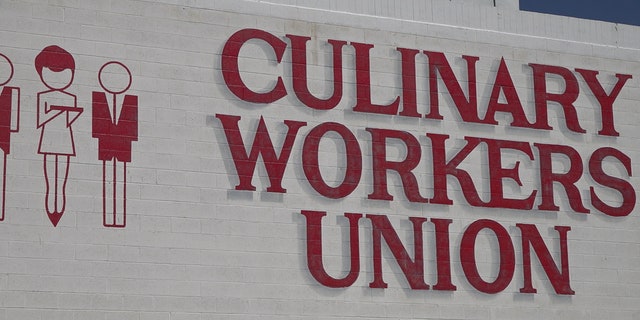 The Culinary Unions is one of the more influential unions in Nevada, with 60,000 members. (Ben Brown/Fox News)

In addition to the Culinary Union, which has 60,000 members, the Clark County Education Association (CCEA) – Nevada’s largest educator union – believes it will play a critical role in selecting the winner of the state’s caucus come February.

“We’ve built this kind of machine that essentially has not just locked into 18,000 potential teachers that vote, but their networks and it’s significant,” John Vellardita, executive director of the CCEA said. “We will pick who the presidential candidate will be for the Democratic Party in terms of influencing the caucus process on the 22nd of February.”

However, what remains to be seen is whether a similar scenario in 2016 will unfold yet again in the upcoming election, in which then-presidential candidate Hillary Clinton earned the endorsement of union leadership but had a poor turnout at the polls.

Clinton beat President Donald Trump by 8 percentage points among union households, the lowest margin of victory for a Democratic candidate dating back more than three decades, according to Politico.

“In 2016, there absolutely was a difference between where the union or the endorsement might have gone and where the actual voters went,” said Democratic strategist Howard Franklin. “We saw a lot of folks in unions that might have endorsed Hillary Clinton but, presumably, those members decided to vote for Donald Trump.”

It’s unclear whether Trump would keep their support.

“The big question that has to be answered is whether or not the disruption that Donald Trump has created in Washington is enough of a commitment to the campaign promises he made to those voters for them to stick with him,” Franklin said, “or if they say, ‘you didn’t bring back these jobs, you’ve allowed factories to continue to close. Yeah, we’ve gotten some policies wins on NAFTA, etcetera, but we still dont feel like we are better of today than we were four years ago.’”