Victor Davis Hanson: 2020 presidential race will ‘split’ the Dems in a way the Republicans have never fractured

The 2020 presidential election will split the Democratic Party in a way that the Republican Party has never, Stanford University professor and author Victor Davis Hanson predicted Thursday.

In a wide-ranging interview on host Bill Hemmer’s “Hemmertime” podcast, Hanson said that during Wednesday’s ninth presidential debate in Las Vegas, Nevada, Democrats should have gone for front-runner Sanders’ jugular instead of billionaire Mike Bloomberg who was making his onstage debut.

“Democrats should have been going after Bernie Sanders because he poses an existential threat to the Democratic Party,” he said.

“I mean, we talk about the Republican fractures and Never-Trumpers. But, Donald Trump ran on … essentially a Reaganesque agenda: conservative judges, tax reform, more energy. … Even the thing with China — get tough with China — was nationalistic,” Hanson continued.

“But Sanders,” he notes is “not running on anything remotely similar to what Bill Clinton embodied or even Barack Obama. This is a radically socialist agenda that will split the Democratic Party in a way the Republican Party has never fractured.”

The RealClearPolitics average and a new 8 News Now/Emerson College poll released ahead of Saturday’s Nevada caucuses show Sanders continues to emerge the clear front-runner after strong showings in Iowa and New Hampshire.

Bloomberg was not included in the poll because he is not listed as a candidate on the Nevada caucus form.

In addition, Hanson pointed out that despite all of Bloomberg’s $400 million spent on a massive ad campaign, he’s still coming in behind Sanders.

“Bloomberg was supposedly going to ‘save’ the Democrats and Sanders because he was going to win the election by peeling off suburban and independent women,” Hanson explained.

Bloomberg, as a “big city” mayor, was supposed to know how to “get along” with minority voters.

But, in the wake of blowback from newly unearthed controversial comments, Bloomberg has “nullified all of those advantages,” said Hanson.

“So, you can get the impression that this train is going over the cliff and they can’t stop it. Unless, you know, at times Bernie doesn’t look healthy,” he told Hemmer. 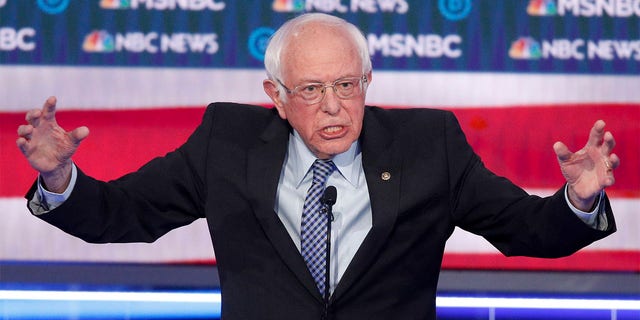 “People kept saying, ‘Well, he has never gotten the majority of all of the primary aggregate vote,'” he remarked.

“So, one of the reasons that he’s doing well is the same reason that Trump is, well, he’s authentically somebody. And Biden and Warren change their identities, their race? Mayor Pete has been all over the map depending on the polls,” he concluded. “But, Bernie is right there as a hardcore socialist. He’s unapologetic and he never retracts or apologized for his prior positions — just the way Trump is.”