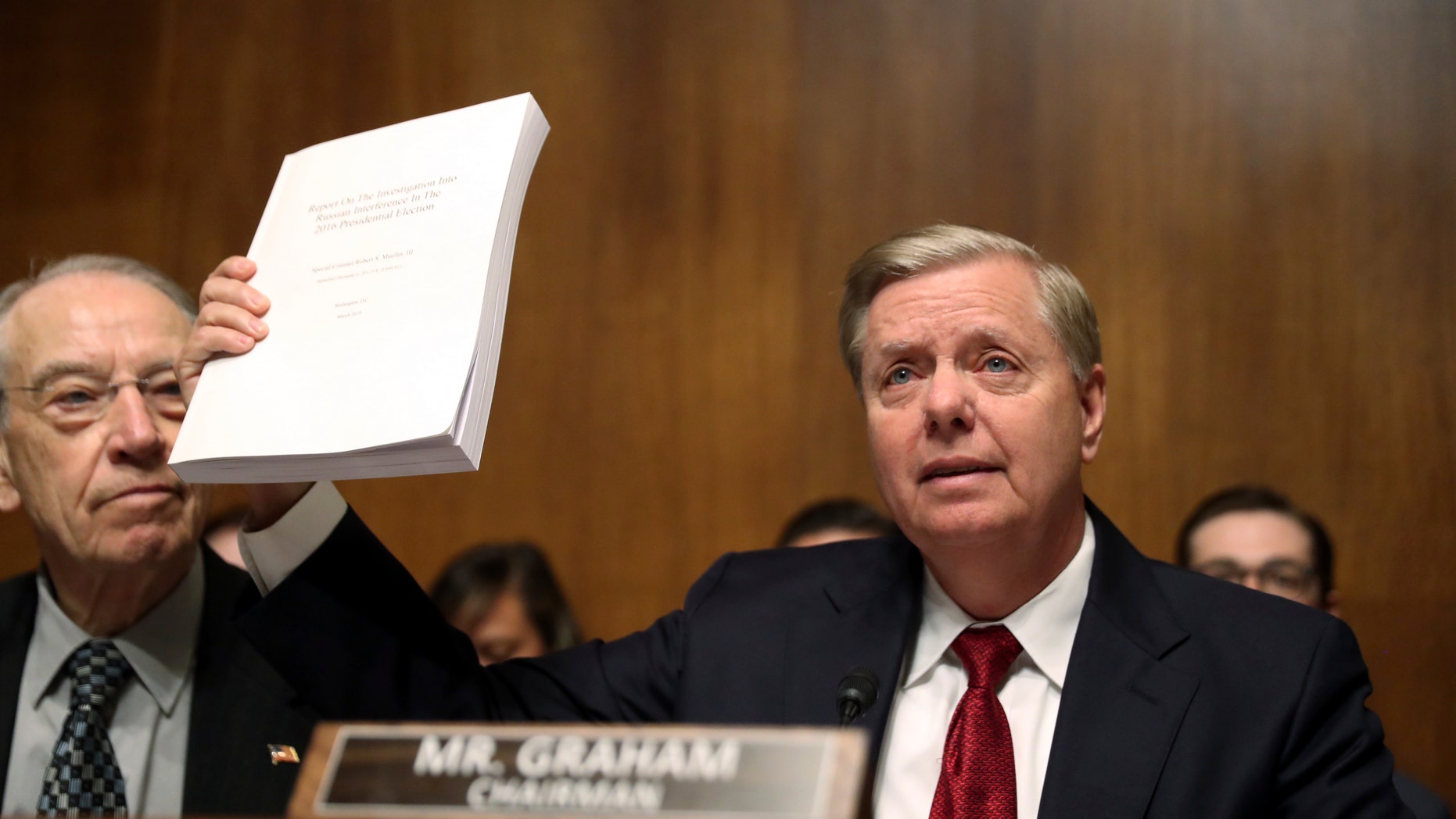 Sen. Lindsey Graham made sure Attorney General William Barr’s appearance before the Senate Judiciary Committee got off to an explosive start.

Graham, R-S.C., spent a large chunk of his opening remarks discussing text messages between anti-Trump former FBI officials Peter Strzok and Lisa Page — before dropping an F-bomb while quoting one of their exchanges.

Graham’s colorful reading went out live as part of the broadcast, prompting the South Carolina Republican to offer up an apology.

“Sorry to the kids out there,” he said, before continuing with the rest of his remarks.

He also read other texts between the two, some of which described Trump as “loathsome,” “an idiot” and “awful.”

It came as AG Barr defended his handling of Special Counsel Robert Mueller’s Russia report on Wednesday amid new revelations that Mueller expressed frustration to Barr about how the attorney general was portraying the investigation’s findings.

Barr’s first appearance on Capitol Hill since releasing a redacted version of the report presented a dramatic showdown as Democrats confronted him with allegations that he spun the investigation’s findings in President Trump’s favor. Democrats were also likely to accuse him of misleading lawmakers last month when he suggested he was unaware of concerns on the Mueller team about his actions.

Barr noted in his testimony Wednesday that Mueller concluded his investigation without any interference and that neither the attorney general nor any other Justice Department official overruled the special counsel on any action he wanted to take. Barr also defended his decision to step in and clear the president of obstruction of justice after Mueller presented evidence on both sides but didn’t reach a conclusion.

“The Deputy Attorney General and I knew that we had to make this assessment because, as I previously explained, the prosecutorial judgment whether a crime has been established is an integral part of the Department’s criminal process,” Barr said in his testimony.