Copyright 2015 Libero Themes.
All Rights Reserved.
Westlake Legal Group > Advertising and Marketing  > Welcome to McDonald’s. Would You Like a Podcast With Those Fries?
0 Comments
Share

Welcome to McDonald’s. Would You Like a Podcast With Those Fries? 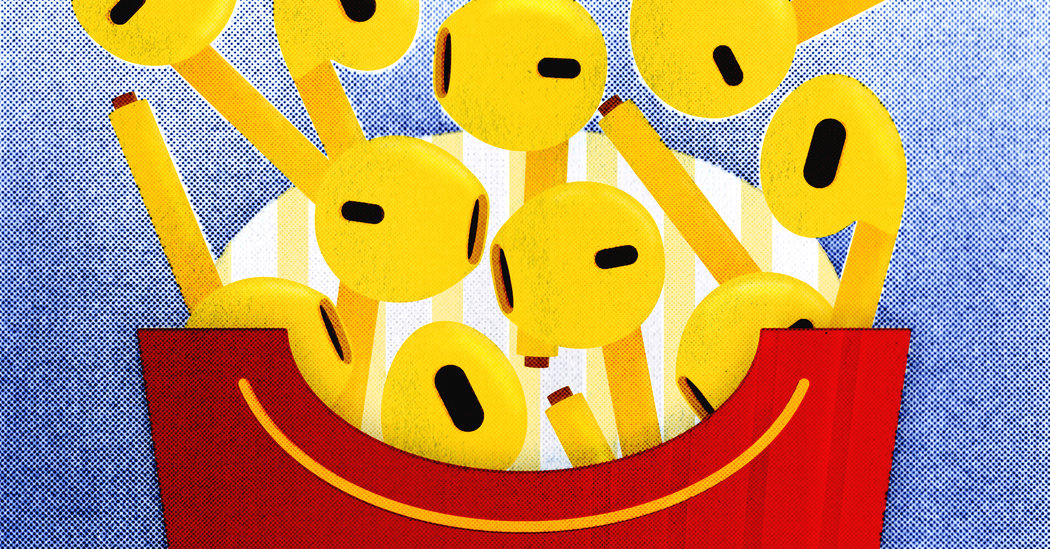 The hit NPR podcast “Serial” was the audio investigation that launched a thousand true-crime dramas, inspiring podcasters across the country to attempt ambitious reporting projects with gritty subject matter. There were “Dirty John” and “Hollywood & Crime,” “Death in Ice Valley” and “Atlanta Monster.”

And then there was “The Sauce.”

That three-episode “investigative podcast” was released last year by the media company Gizmodo and had somewhat lower stakes than the exoneration of a convicted murderer. With an eerie soundtrack meant to recall “Serial,” the show examined the “mystery” of how McDonald’s underestimated demand for a popular dipping sauce, enraging thousands of its customers.

The twist? The hard-boiled investigator scrutinizing that sauce shortage was McDonald’s itself.

“The Sauce” was a branded podcast that McDonald’s paid Gizmodo to produce as a tongue-in-cheek apology to disappointed customers. While it’s no exposé, the show offers a vivid illustration of how companies are increasingly using the tropes of popular podcasts in their own audio projects. These are not advertisements, exactly, but subtle brand-building efforts intended to entertain as well as persuade.

This year, Facebook began a podcast about entrepreneurship called “Three and a Half Degrees,” and technology companies like Microsoft and Lyft have their own shows. In June, New Balance began collaborating with the podcasting company Gimlet on a show about clothing and sneaker culture.

“You get to catch that busy person where you couldn’t normally get them,” said Rob Walch, a vice president at Libsyn, a podcast distributor that works with companies developing branded content. “They’re listening with earbuds, and you’re literally inside their head.”

By some estimates, there are now as many as 750,000 podcasts, so it’s not necessarily a surprise that major companies are creating their own. What’s more surprising is that consumers, conditioned to skip past commercials on YouTube and install ad blockers on their browsers, are actually listening to them. Within a day of its release last year, “The Sauce” broke into iTunes’ top-100 podcast chart, reaching No. 94.

In general, companies have had the most success with shows that are not explicitly about their own products or services. In 2015, for example, General Electric released an eight-part science-fiction podcast called “The Message” that drew millions of listeners and briefly reached No. 1 on iTunes.

“What makes for a successful branded podcast are a lot of the things that make for a successful podcast period,” said Matt Lieber, the president of Gimlet. “If a brand wants to make a commercial that’s 20 minutes long, it will fail.”

The exception seems to be Trader Joe’s, whose monthly podcast is dedicated entirely to the inner workings of its stores. After the first episode last year, “Inside Trader Joe’s” ranked No. 5 on the iTunes chart.

“This isn’t going to be a commercial,” Matt Sloan, one of the show’s hosts, declared at the beginning of that episode. But the podcast frequently promotes the chain’s products and trumpets its well-compensated staff; at some stores, it even plays over the loudspeakers while customers shop. One recent episode — titled “Why Is Everyone So Nice?” — features interviews with the company’s famously cheerful cashiers. About halfway through, one of the chain’s executives, Bryan Palbaum, offers a not-particularly-insightful answer about why they’re so pleasant: “Because they are.”

The supermarket’s loyal following doesn’t seem to mind the self-promotion. “Inside Trader Joe’s” has almost a perfect five-star rating on iTunes.

Companies have tried to reach consumers across a variety of mediums, from billboards to television commercials. In 1895, John Deere began printing a magazine, The Furrow, sometimes described as the “agrarian version of Rolling Stone.” Now it has a podcast, as well.

Over the years, these brand-building experiments have occasionally drawn criticism. In 2016, the chip manufacturer Qualcomm released a half-hour commercial directed by an Academy Award winner. The short film raised concerns among some media critics about the blurring line between advertisements and entertainment.

“Propaganda — which, after all, is what this is — tends to be most successful when it slides into our consciousness without our quite perceiving it,” he said in an email.

“Most of the podcasts are pretty transparent,” said Matthew Quint, a brand expert at Columbia Business School. “It seems to be a very good player amid other cases in which brands in all sorts of ways have their issues in protecting consumers and duping consumers.”

Branded podcasting actually predates the release of “Serial” by at least a year. One of the longest-running branded podcasts is an interview show called “Keeping You Organized” that began in 2013. It’s produced by Smead, a company that manufactures manila folders.

Every week, the show’s host, the Smead marketing manager John Hunt, interviews a professional organizer about topics like how to efficiently dispose of the scraps left over from cutting coupons out of magazines.

To some, that may not sound any more scintillating. Every week, however, around 6,000 people tune in to hear Mr. Hunt discuss decluttering or tax season. “It’s not what you’d consider an NPR kind of podcast,” he said. “But if you were to put a value on having that kind of conversation with that many people directly a week, it’s pretty good.”

It’s unclear how much branded podcasts have helped companies generate sales or reach new customers. A strategically timed announcement on “Keeping You Organized” once helped Smead sell its inventory of 24-pocket folders, Mr. Hunt said. But for most brands, the benefits of podcasting are less tangible.

“We’re always thinking about how to make sure as a brand we’re relevant, we’re contemporary and we’re interesting,” said Linda Boff, the chief marketing executive at General Electric, which began its second sci-fi podcast, “LifeAfter,” in 2016. “We get on the radar of future employees, young people who are making a choice as to where they want to work.”

The goal of the McDonald’s podcast was not simply to sell more dipping sauce. A few months earlier, the chain had been caught in a public-relations nightmare, when it severely underestimated consumer demand ahead of the reintroduction of its Szechuan Sauce, a teriyaki-flavored concoction made famous by the TV show “Rick & Morty.” At some of the chain’s locations, fights broke out as customers tussled over the scant supply of sauce packets.

“The biggest thing that they wanted to get across was that they were very sorry,” said Catherine LeClair, a freelance writer who hosted the show for McDonald’s.

Ms. LeClair, a vegetarian who rarely eats at the fast-food chain, was on the team that came up with the idea to frame the podcast as a spoof of “Serial.” A longtime fan of the NPR show, she listened to old episodes of “Serial” while composing the script for “The Sauce.”

“To try to emulate that,” Ms. LeClair said, “was almost like an honor.”