NEW YORK –Whitney Ward Dillon and Mariel Lane are longtime best friends, so when they were approached about turning their lives into a reality TV show, it was a no-brainer.

They star on CMT’s “Racing Wives,” which peels the curtain back on the lives of NASCAR’s most prominent wives, and the personal and professional demands they face, such as balancing businesses with family time and grappling with the danger their significant others face on the track.

Ward Dillon, wife of NASCAR’s Austin Dillon, and Lane, who is engaged to a member of Austin’s pit crew, also want to shine a light on and break stereotypes about the wildly popular sport.

‘THE HILLS’ STAR WHITNEY PORT SAYS SHE ONCE TURNED DOWN LEONARDO DICAPRIO: ‘I WAS TOO NERVOUS’

According to Ward Dillion, it all started with a DM and a few Skype interviews. She and Lane came aboard right away and then went into their friend group and racing community to fill out the cast.

“It ended up being girls that we do like and we were friends with,” she joked to Fox News. 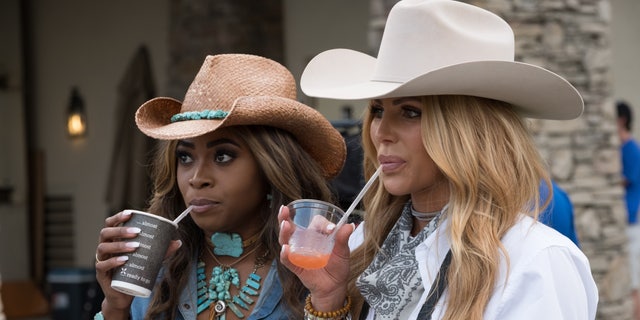 Lane admitted that being in front of TV cameras felt different than being a NASCAR model.

“Usually we’re putting on a persona,” she said. “This is more so going into your real life. You’re making yourself more vulnerable.”

“We had a lot of fun though!” Ward Dillon chimed in.

In terms of breaking through some NASCAR stereotypes, Lane said, “I think [people] think it’s more a closed-off group but in actuality, NASCAR is one of the most loving sports — the people and the fans embrace you wholeheartedly. It’s very passionate .”

“I do think we bring a lot to the sport,” Ward Dillon added. “We make everything a little more lighthearted because it’s so intense with the competition.”

The friends are also business partners with a jewelry line, and look forward to highlighting their shared passion. Ward Dillon finds balancing everything “very difficult” because besides the jewelry business the pair run a blog together, “travel 36 weeks out of the year,” they now film the show, too. 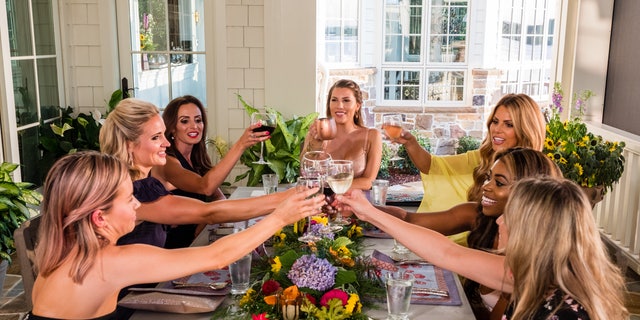 “You see how crazy this life is,” she said. “You see the ups and the downs.”

One thing Lane thinks the show does well is showcase the castmates’ varied personalities.

“I mean you take five women and you put us all together, of course, we’re all gonna kind of butt heads with like different personalities. But at the end of the day, I do feel like there’s a sense of respect amongst all of us just because we kind of know where each one of us is coming from,” she explained.

And she also hopes that at the end of each episode, the audience learns a little more about the sport “because I don’t feel like people actually get to see everything that goes on this world,” as well as feel a sense of community.

“As long as you have the people that are there for you, you can conquer anything”