Copyright 2015 Libero Themes.
All Rights Reserved.
Westlake Legal Group > News  > Yes, you count, too! We’re Ryan J. Suto and Suher Adi with the YallaCountMeIn (national Arab American Get out the Count) campaign to discuss everything related to the 2020 Census, Ask Us Anything!
0 Comments
Share

Yes, you count, too! We’re Ryan J. Suto and Suher Adi with the YallaCountMeIn (national Arab American Get out the Count) campaign to discuss everything related to the 2020 Census, Ask Us Anything! 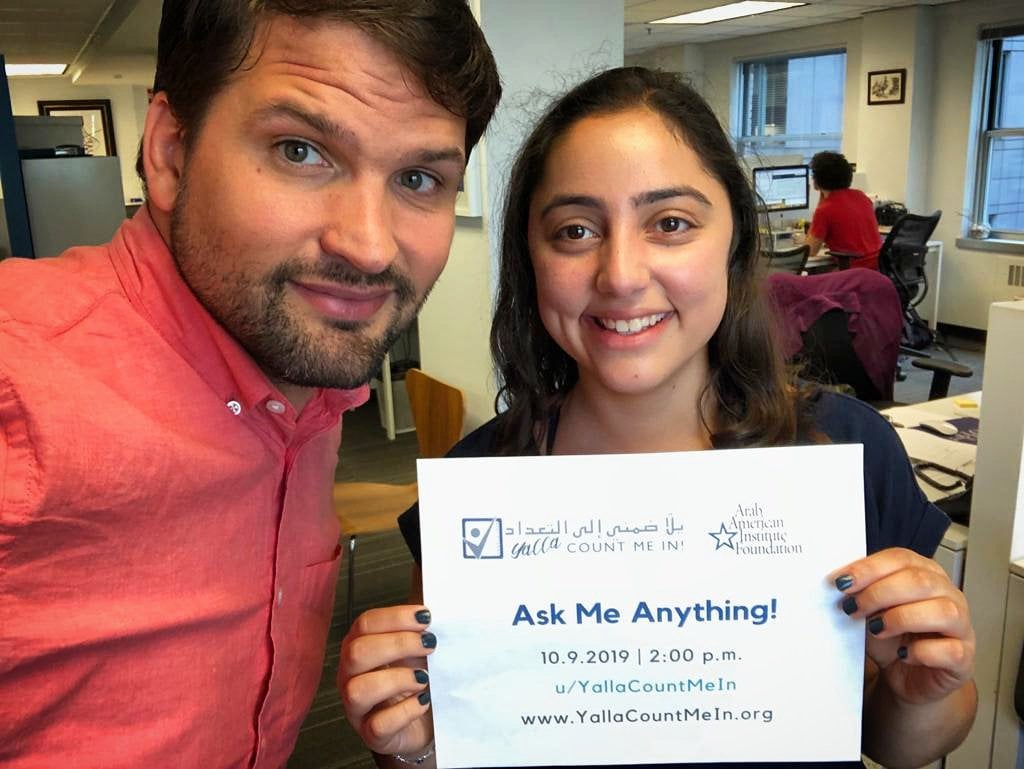 We are 2/3 of Arab American Institute’s Policy Team! Ryan J. Suto is AAI’s in house Policy Counsel. Suher is regarded as the “Arab American Census Guru” for her work on all things 2020 Census but she prefers to go by Suher. She has been running the Yalla Count Me In campaign, the national Arab American Get-Out-The-Count effort aimed at encouraging Arab Americans to participate in the 2020 Census. Arab Americans are designated as a Hard to Count community. That is to say that Arab Americans are severely undercounted. The Census Bureau estimated that in 2017 there were 2.2 million Arab Americans in the United States whereas AAI’s research finds that number to be around double at 3.7 million. AAI along with other Ancestry Working Group members advocated for the inclusion for the Middle Eastern North African (MENA) category as option for the race ＆ ethnicity portion of the questionnaire. In 2018 the Office of Management and Budget in the Trump White House decided they would not pursue the MENA category. AAI has ongoing litigation with the Office of Management and Budget surrounding the decision to not add a Middle Eastern or North African (MENA) category to the 2020 census, and filed an amicus brief in the Supreme Court’s citizenship question case. The organizations work on the Census began in the late 1980’s as an official partner with the Census Bureau. Since 2001, AAI has served as a Census Information Center partner charged with data dissemination and aggregation on Arab Americans.